Everyone knows who occupied Azerbaijani lands 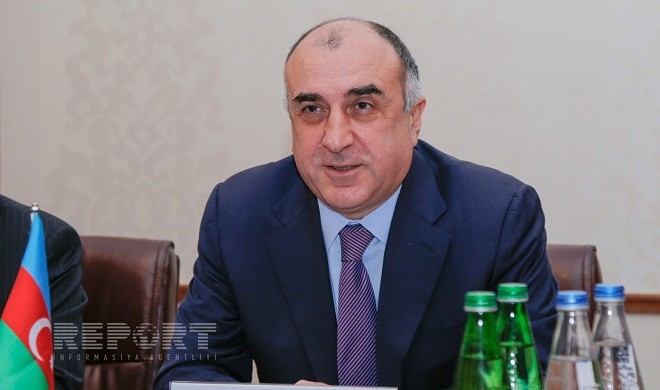 Everyone knows who is an aggressor, who has occupied Azerbaijani lands, used force against Azerbaijan and violated the international and humanitarian law, said Azerbaijan’s Foreign Minister Elmar Mammadyarov Sept.1.

He made the remarks at the informal meeting of the ministers of foreign affairs of the OSCE participating states in Potsdam, Germany, said Azerbaijan’s Foreign Ministry.

“Intolerance and discrimination, especially on the ground of ethnicity and religion, such as Islamophobia is also serious challenge. Most of today’s international security problems have been caused by deliberate violation and misinterpretation of international law,” he added.

“It is sometimes thought that for achieving short-term political goals, norms and principles of international law can be disregarded. Some even actively violate them by use of force against the territorial integrity of states,” said Mammadyarov. “I have bitterly to admit that first in the OSCE this was started by neighboring Armenia against my country.”

In full violation of international law and respective UN SC resolutions, Armenia throughout more than two decades occupies territories of Azerbaijan and conducted notorious ethnic cleansing on these seized lands, added the minister.

“Armenian foreign minister here talked very controversially. Everyone here recognizes and knows well about Armenia-Azerbaijan Nagorno-Karabakh conflict: Who is aggressor! Who has occupied Azerbaijan's land! Who uses the force against my country! Who violated international and humanitarian law! And when there are almost 1 million refugees and IDPs in Azerbaijan,” said Mammadyarov.

“Enough is enough. It is exact time to reach a breakthrough on the negotiation table and start withdrawal of Armenian military forces from the occupied lands of Azerbaijan,” he added.

“In order to avoid and prevent negative developments, we must ensure strong adherence to the norms of international law, including guiding principles of the Helsinki Final Act, and other OSCE documents and decisions,” he added.