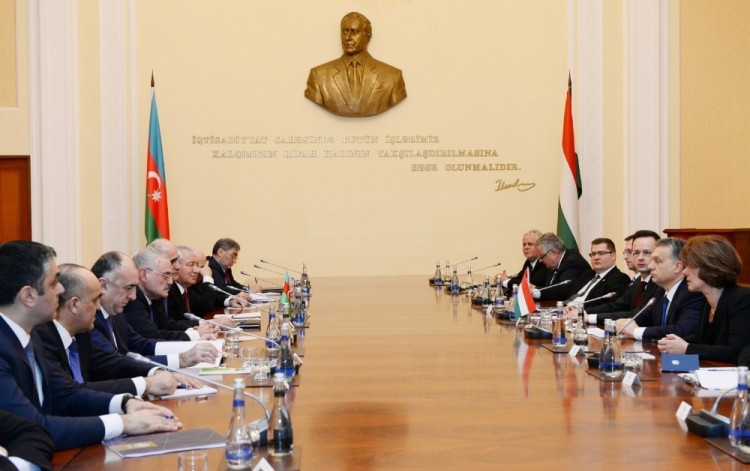 Azerbaijani Prime Minister Artur Rasizade has today met with his Hungarian counterpart Viktor Orban, who is on an official visit in Baku, to discuss prospects for cooperation between the two countries.

The prime ministers first had a private talk, and were then joined by their delegations for an expanded meeting.

The Azerbaijani Premier also hailed the political and economic relations between the two countries.

Mr. Rasizade provided an insight into the Armenia-Azerbaijan Nagorno-Karabakh conflict and Armenia`s ongoing aggression policy. He noted that the dispute had not been solved because of Armenia`s non-constructive position. The Azerbaijani PM stressed that the mediation efforts of the OSCE Minsk Group had not yet yielded any results.

Viktor Orban said there was great potential and wide opportunities for expanding cooperation between the two countries.

The Hungarian PM described Azerbaijan as a stable and powerful country.

They also discussed the issues of cooperation in economic, investment making, transport, energy, humanitarian and other fields.

The meeting then featured a ceremony of signing bilateral documents between Azerbaijan and Hungary.