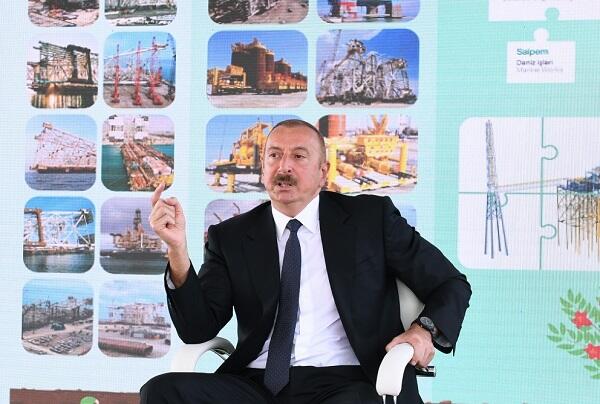 President of the Republic of Azerbaijan Ilham Aliyev has attended a groundbreaking ceremony of the offshore operations of the Absheron field at the Heydar Aliyev Baku Deep Water Jackets Plant.