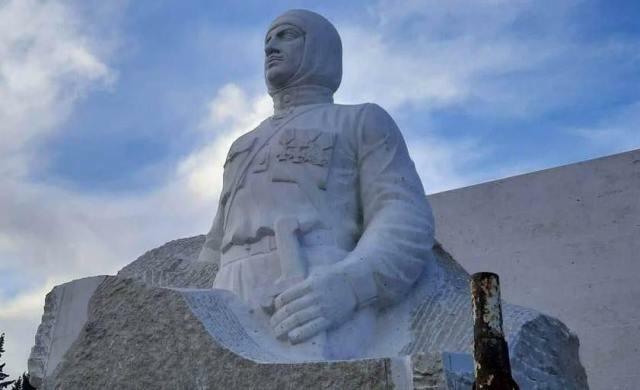 Axar.az reports quoting Armenian media that a statue of Garegin Nzhdeh, an Armenian fascist leader, Hitler's henchman, who committed genocide against Turks and Azerbaijanis in Anatolia and the Caucasus, has been erected in the centre of Khojavend region.

Interestingly, Russian peacekeepers did not prevent the erection of a Nazi statue.

Garegin Nzhdeh was sentenced in 1945 by a Soviet court for collaborating with Hitler's Germany after World War II. He died in prison on December 21, 1955, in the Russian city of Vladimir.