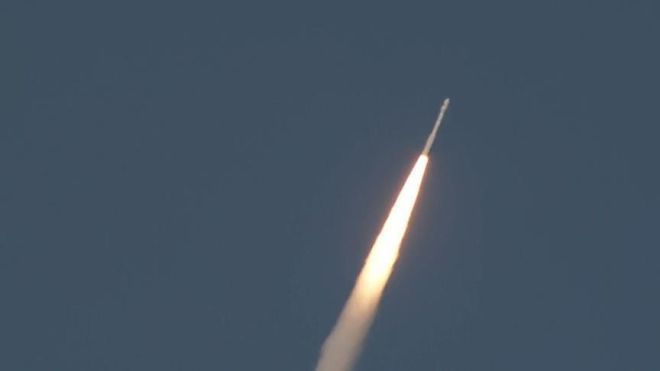 Astronomers have released the first image of China's CZ-5B rocket launched from orbit.

Axar.az reports that Italian astronomer Gianluca Masi was able to observe the image of the rocket at a distance of 700 km from Earth with the Elena telescope.

“The sky was incredibly bright. These conditions made visibility extremely difficult. But thanks to our robotic telescope, we were able to watch the rocket," said the astronomer.

It should be noted that the rocket was successfully launched on April 29 on the island of Hainan, but in space the rocket broke away from the module and got out of control. The CZ-5B is expected to land on May 8-10.