Hulusi Kilic was given a position in Baku - Photo 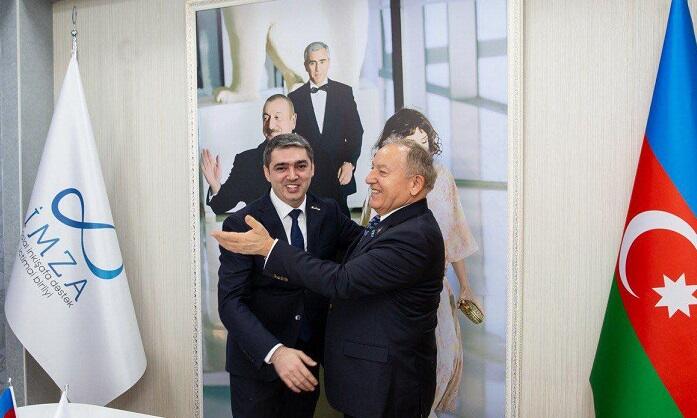 Former Ambassador Extraordinary and Plenipotentiary of Turkey to Azerbaijan Hulusi Kilic has been elected the representative of IMZA in the brotherly country.

Axar.az informs that Kilic's candidacy was voted unanimously at today's meeting of the Board of the IMZA Social Development Support Public Union.

The head of the SIGNATURE said that this appointment, which coincided with the 30th anniversary of the establishment of diplomatic relations between our brotherly countries, is also symbolic. Kh.Asgarov added that Hulusi Bey will also act as an adviser to the chairman of the Signing Committee on economic issues.

Kilic thanked him for the trust. As a SIGNATURE member, he will continue to contribute to the development of relations between our peoples and states, strive to properly fulfill the responsibilities of the PU in the implementation of projects, and in this regard, based on the ideology of "One Nation, Two States" he said.