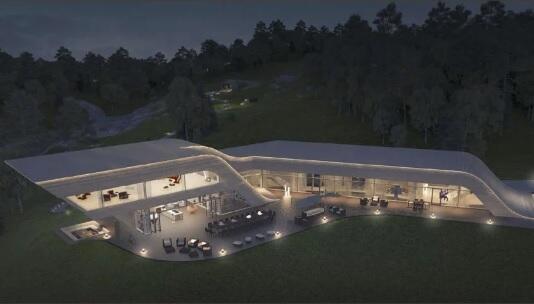 There are the bidets that cost $10,800 (£8,800) each and the $4,600 a piece shower heads. Then there is the floor made up of $110,000 worth of Fior di Bosco marble and an indoor pool with a decorative waterfall flowing from the first floor. No expense has been spared. And that, according to leaked emails, is merely the “Garden House”.

Axar.az reports that six years ago, the Russian television channel Dozhd reported that a building, humbly described by architects as the “Fisherman’s Hut”, deep in the forests of the northern Russian region of Karelia, was being widely spoken of by locals as “Putin’s dacha” or holiday home.

While UK government analysis suggests the Russian president has officially registered just a few assets to his name, including a small flat in St Petersburg, two Soviet-era cars from the 1950s, a trailer, and a small garage, plus a presidential salary of about £110,000 a year, the channel reported that this was where Vladimir Putin chose to slip away for a break from the stresses of Kremlin life.

There were two houses, in fact. One with a roof covered in grass and a helipad. But otherwise, the complex appeared relatively modest, with the futuristic wood and glass Fisherman’s Hut furnished inside with Ikea-style cream sofas and green bucket chairs. The grass roof of the accompanying building was said to be a nod to the need to keep out of sight of western spies in the sky.