Europe is not pulling its weight on defence 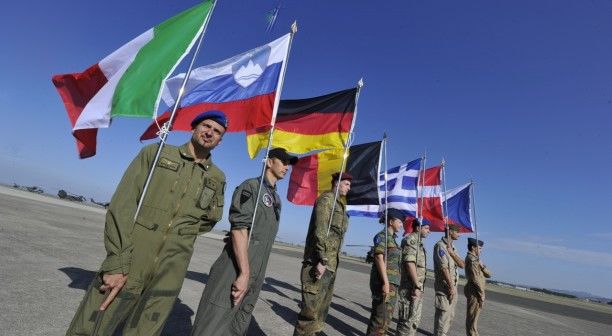 Donald Trump is right - European nations must start spending more on defence. If a member state can't be bothered to spend its fair share on protecting itself, why should it assume America will cover its back?

Too many rely on America and, to a lesser extent, the UK to provide their security. US President Barack Obama made no secret of his frustration at this, but might President-elect Mr Trump be the one to finally get tough with the freeloaders?

Encouragingly, collective NATO spending is rising for the first time in a decade in response to the Russian threat, but some members still spend a disgracefully low amount: Germany (1.19%), Spain (0.9%), Belgium (0.85%), Luxembourg (0.4%).

The bottom line is that 2% should not be a target. It should be the absolute minimum.

"You're worried about an invasion from Russia, so why don't you spend your fair share?" I asked a defence analyst in Latvia this week.

"We know America will protect us and we have other important things to spend our budget on, like education and health," was the apologetic reply.

The US spends more than double the rest of the 27 other countries put together - it's no wonder Mr Trump used that as a campaign tool to win over a disillusioned electorate suffering high-unemployment and low wages, many of whom frankly couldn't care less about European security.

The argument that NATO has guaranteed peace in Europe is flawed. The blunt truth is that it's America, not NATO, that has guaranteed European peace, with the UK and one or two others being mentioned in dispatches.

NATO would be nothing without America, and it knows it. The alliance is still a team built around one star player, and those kinds of teams are structurally weak.

At the 2014 NATO Summit Wales, and then again in Warsaw this past summer, leaders pledged to increase spending - in the two years since, and despite such public commitments, only Poland has graduated to the 2% club. It's unacceptable and it should be an embarrassment to those who have failed.

To top it all, the European Union is now ploughing ahead with a proposal for a common EU defence policy which is the next step on the road to a combined European military. It is impossible to imagine how an EU Army might exist alongside NATO.

If most of them can't meet current NATO spending targets, how can they also expect to commit money to a second alliance? Europe can't have it both ways.

And what does it say about the collective strength of NATO that, with a few negative words from Mr Trump, Europe flies into a panic? It is an unequal partnership and it is weak as a result.

The European end of the alliance needs to wake up and start taking membership seriously, otherwise face break-up.

Either way, the Trump presidency is the right moment from Europe to wean itself off its American safety blanket - it would benefit everyone.