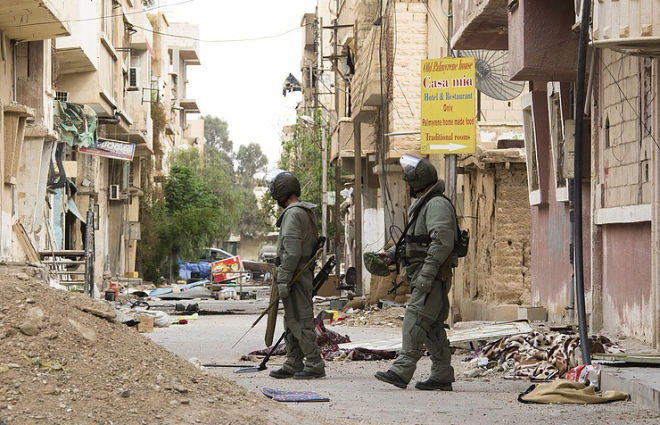 The ministry said that the center’s specialists also took part in demining operations in Syria’s Palmyra.

Axar.az informs that, an advance team of field engineer of the Russian Armed Forces’ International Anti-mine Center has taken off for Syria to demine liberated Aleppo’s districts, the press service of the Russian defense ministry said on Friday.

According to the press service, the Russian field engineers will fly to the Hmeymin airbase in Syria to take part in a humanitarian demining operation in Aleppo.

The ministry said that the center’s specialists took part in demining operations in Syria’s Palmyra.

"The Russian military destroyed about 18,000 explosive objects and demined an area of 825 hectares. Apart from that, specialists of the Russian International Anti-mine Center demined 8,500 buildings," the ministry said.