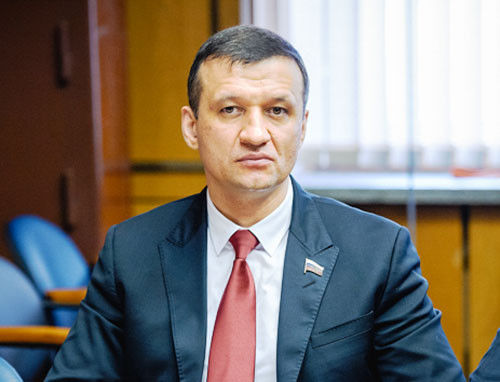 “Creation of Russia-Azerbaijan-Turkey interparliamentary relations group is on the agenda”, - Dmitry Savelyev - the deputy of the State Duma of Russia, head of inter-parliamentary friendship group Azerbaijan-Russia said at the "round table" on the topic "Russian-Azerbaijani relations: 25 years of friendship and mutually beneficial cooperation" dedicated to 25th anniversary of Azerbaijan's independence.

Axar.az informs according to APA noting the mediating role of Azerbaijan in strengthening of Russian-Turkish relations, D. Savelev said that the LDPR leader Vladimir Zhirinovsky during a visit to Turkey discussed creation of the group of interparliamentary relations Russia-Azerbaijan-Turkey: “Vladimir Zhirinovsky at a meeting at the Turkish parliament discussed the issue of joint meetings of interparliamentary groups of three states. Turkey and Azerbaijan have agreed to this initiative. The first meeting of the group scheduled to be held in Baku”.