How meeting between Trump and Putin must be arranged? 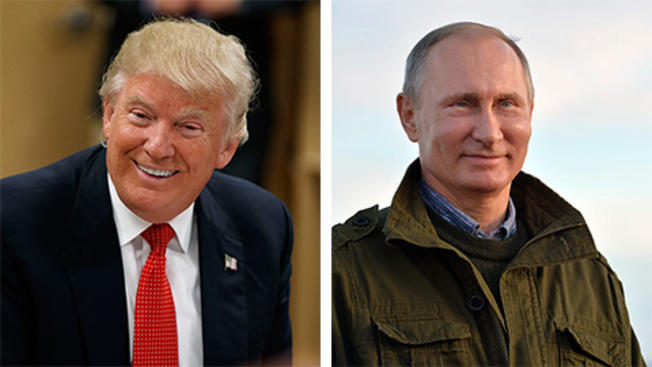 A possible meeting between Russian President Vladimir Putin and US President-elect Donald Trump needs to be carefully arranged taking into consideration the current state of bilateral relations, Kremlin spokesman Dmitry Peskov said noting that no such work was underway during the holiday season.

"It is obvious that if some contacts are planned, they will be planned carefully, taking into consideration the fact that these contacts will take place after a phase of deteriorating relations," the Russian presidential spokesman said. "This is why such contacts need to be carefully arranged no matter what level of contacts is expected."

At the same time, Peskov emphasized that the Kremlin did not care much if it would be a bilateral summit or a meeting during some international forum, namely G20. "There is no much difference," Peskov noted.

The Kremlin spokesman also said that Putin and Trump could not meet "before the US president-elect enters office." "At least, Trump should become president, after that a plan will be made," Peskov concluded.