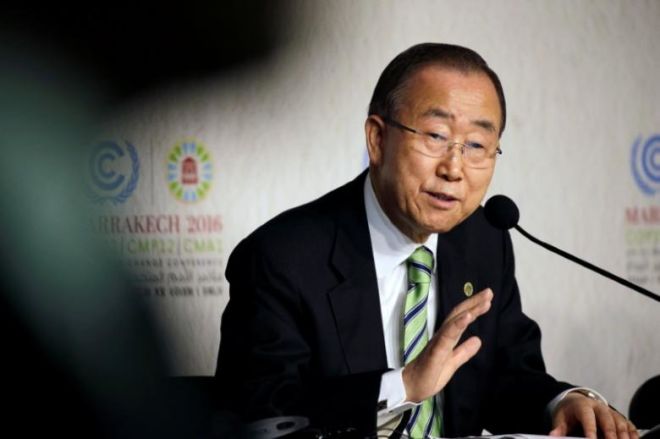 South Korea has been gripped by a political crisis since lawmakers voted overwhelmingly in December to impeach President Park Geun-hye over an influence-peddling scandal. The motion is now with the Constitutional Court and will trigger an early presidential election if upheld.

Ban, 72, returned to his native South Korea on Thursday. He has not yet declared his intention to run in the upcoming presidential race, but said he would make a decision on his political future soon.

On Friday, Ban visited Seoul National Cemetery and the community center near his residence to register his Seoul street address, after spending the past decade based in New York as head of the United Nations.

The poll was conducted from January 10 to 12 and takes into account news that two of Ban's relatives were indicted by U.S. prosecutors over bribery allegations. Ban has denied any knowledge of his relatives' affairs.

Ban's younger brother Ban Ki-sang and his nephew Joo Hyun Bahn were accused in a Manhattan federal court on Tuesday of a scheme to bribe a Middle Eastern official for an attempted $800 million sale of the "Landmark 72" building complex in Vietnam.

Controversy around the building deal linked to Ban's relatives had been reported previously in South Korean media.

Moon, from the opposition Democratic Party, topped the poll at 31 percent - an 11 percentage point increase on his approval rating in the same Gallup Korea poll for December.

Gallup Korea, based in Seoul, is not affiliated with the U.S.-based Gallup, Inc.