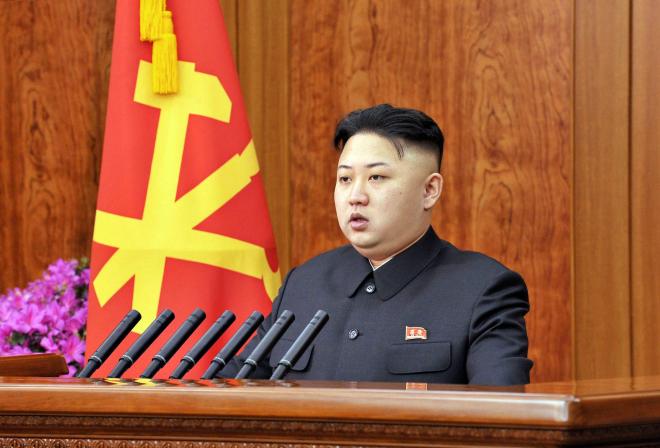 The United States has seen indications that North Korea may be preparing for a new missile test-launch in the coming days or weeks, U.S. officials said on Thursday, in what could be an early test of President-elect Donald Trump's administration.

South Korean media, citing intelligence agencies, said Pyongyang may be readying a test of a new, upgraded prototype of an intercontinental ballistic missile (ICBM) as early as Friday, the day Trump is inaugurated.

U.S. officials, who spoke to Reuters on condition of anonymity, cautioned however that they did not have such precise information about the range or potential timing of Pyongyang's missile test, should it happen.

One official suggested Pyongyang could be largely seeking to provoke the Trump administration.

"If they do something, it would more likely be a test of Trump than a test of a delivery system," said a U.S. intelligence officer who monitors North Korean activities. "They probably want to see how he reacts to a provocation, even a minor one, and if they really want to poke him, they'll do it right away."

In his New Year's speech, leader Kim Jong Un said North Korea was close to test launching an ICBM, and state media has said a launch could come at any time. Experts on the isolated and nuclear capable country's missile program believe the claims to be credible.

Trump on Jan. 2 tweeted, "It won't happen!" about North Korea's pursuit of a nuclear-tipped ICBM, although his precise meaning was unclear. The Pentagon has said it would not necessarily strike a test-launched ICBM if it did not pose a threat.

The Pentagon declined comment on its intelligence about the North Korea threat, but spokesman Peter Cook assured reporters that Washington's readiness would be not be diminished during the U.S. presidential transition, due to take place on Friday.

"I can't get into intelligence matters. I can't confirm what's been reported there," Cook told a news briefing.

"We would once again encourage North Korea not to engage in provocative actions that do nothing but destabilize the region."