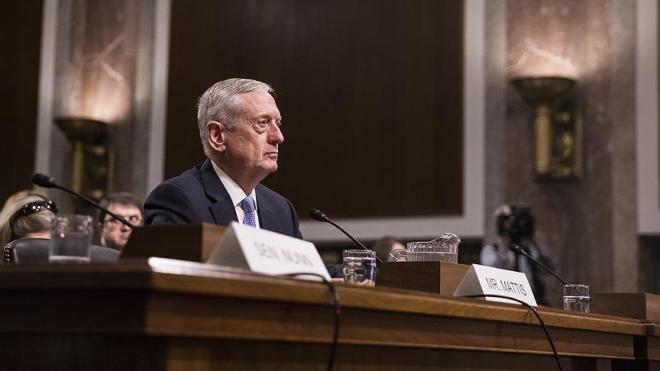 During the call, the US Secretary of Defense condemned the terrorist attack against a Saudi frigate west of the port of Yemen’s Hodeida and offered condolences for the death of two Saudi sailors.

A statement from the Saudi Press Agency read that the Deputy Crown Prince, who also serves as minister of defense, “underscored the US Secretary of Defense's experience in the region and looked forward to working together to serve the interests of both countries and the fight against terrorism, militias and piracy and that it is necessary to restore stability to the region's countries and develop relations between the two countries in all fields, based on the directives of the Saudi king.”

The statement added that also during the call, that both countries fully reject of “the suspicious activities and interventions by the Iranian regime and its agents in the affairs of countries in the region in order to undermine their security and stability.”

Secretary Mattis thanked the minister of defense for Saudi Arabia's contributions in countering ISIS around the world.

He reaffirmed the importance of the US-Saudi Arabia strategic relationship, particularly to countering new and emerging security challenges in the Middle East. Secretary Mattis also noted his desire to consult closely with Saudi Arabia on security issues of mutual concern."