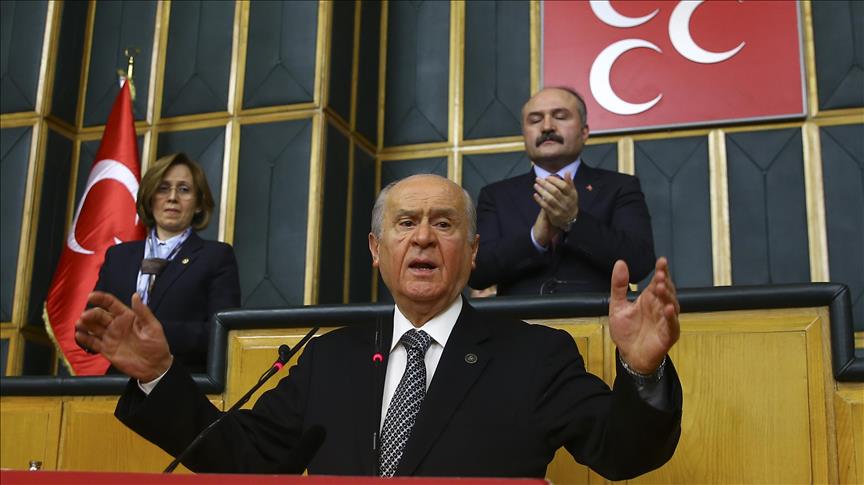 In a news conference following his party's board meeting on the upcoming constitutional referendum, Devlet Bahceli criticized Russia for the bombing of Turkish troops in the Daesh-held town of Al-Bab in northern Syria.

Bahceli's remarks came after the bombing Thursday of a building used by Turkish troops by a Russian warplane that martyred three soldiers and left 11 others injured.

"Russia has martyred our soldiers, and then dismissed the incident with a 'Sorry' [and then] they blame Turkish Armed Forces. This is false. It's their shame."

"Russia has been ignoring the principles and rules of international law," stressed Bahceli.

Bahceli said the troops hit by the Russian jets on Thursday had been deployed at the same location for approximately 10 days.

"Turkish Armed Forces have been mutually and regularly sharing plans of action with Russia within the agreement signed between Russia and Turkey on Jan. 12, 2017," he said.

Bahceli said Turkish armed forces had not shared false coordinates as Russia claimed after the bombing.