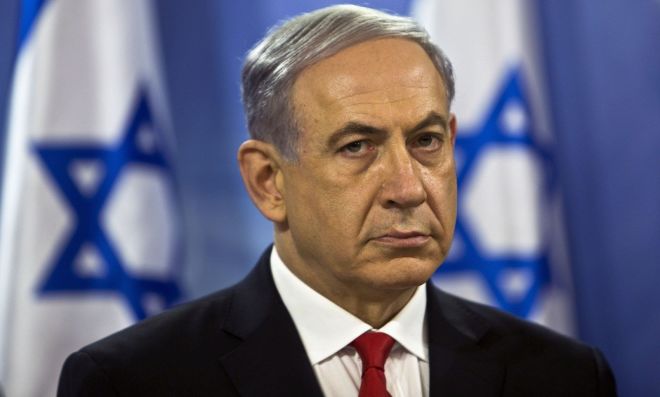 Israel’s main government watchdog has criticised the prime minister, Benjamin Netanyahu, in a damning report on the 2014 Gaza war, saying the country was badly prepared for the threat of Hamas tunnels, and that many senior cabinet members were kept in the dark about vital information.

The long-awaited investigation into Operation Protective Edge from the state comptroller also said the government had for months ignored a growing humanitarian crisis inside Gaza, and failed to consider diplomatic moves that could have averted the outbreak of hostilities, Haaretz newspaper reported.

The war killed 2,251 Palestinians, more than half of them civilians according to UN figures, and 74 Israelis, including six civilians. The intense fighting over 50 days also reduced swaths of Gaza to piles of rubble, making 100,000 people homeless.

The tunnels dug by Hamas proved to be one of the militant group’s most powerful weapons, as they used them to launch surprise attacks both outside the Gaza Strip and against ground forces that were sent in.

Yet although the Israeli military knew there was a huge tunnel network, they had not made enough preparations for their destruction, or for fighting an enemy making use of them, comptroller Yosef Shapira said.

“The political establishment, the military establishment and the intelligence bodies were aware of the tunnel threat and even defined it as strategic. And yet the actions taken to deal with the threat did not match this definition,” he wrote in the report.

The report also criticised Netanyahu, then-defence minister Moshe Ya’alon and the current head of the Mossad spy agency, Yossi Cohen, for hoarding information they should have shared with other members of the security cabinet – an inner gathering of key ministers convened to make quick decisions in times of crisis and war.

“Significant and necessary information that the cabinet ministers required in order to make their best decisions ... was not brought before the ministers in a satisfactory manner in the discussions that preceded the [war],” the report said.

It added that in the run-up to Operation Protective Edge, as the humanitarian situation in Gaza deteriorated badly, the security cabinet did not hold a single “meaningful discussion” on the situation, nor had it developed a strategy regarding Gaza, the report found.

The revelations are expected to add to the political pressure on Netanyahu, currently facing corruption investigations into his own dealings and those of a close associate.

In a fierce pre-emptive attack on the eve of the report’s full release, following leaks ahead of publication, Netanyahu all but wrote it off as unpatriotic and irrelevant.

“As opposed to the state comptroller’s report, I support the heads of the IDF [Israel Defence Forces], the GSS [intelligence service] and the security establishment,” he told a meeting of his Likud party, Ma’ariv newspaper reported. “The truly important lessons aren’t located in the state comptroller’s report, and we apply them without declarations and statements to the media.”

But opposition politicians were quick to accuse Netanyahu of poor leadership at a critical time. Yair Lapid, leader of the opposition Yesh Atid party but a member of the security cabinet at the time of the war, said the report proved Netanyahu had not prepared the country properly.

“The report proves beyond any doubt that the prime minister knew about the strategic threat of the tunnels, didn’t order the IDF to prepare an operational plan, didn’t inform the security cabinet and didn’t tell the public the truth,” Lapid said.

Adding to Netanyahu’s woes, the report was published the day after the Israeli justice ministry said it had launched an investigation into an alleged corruption scandal involving one of the prime minister’s closest confidants and the purchase of German submarines.

At the heart of the scandal are allegations that his personal lawyer, David Shimron, was representing the German arms manufacturer making the submarines at the time the prime minister was pushing for their purchase. The ministry stressed that the prime minister himself is not a suspect in the case.

Netanyahu, however, is being investigated over corruption suspicions in two other cases, involving gifts from a wealthy businessman, and allegations that he tried to negotiate favourable media coverage.