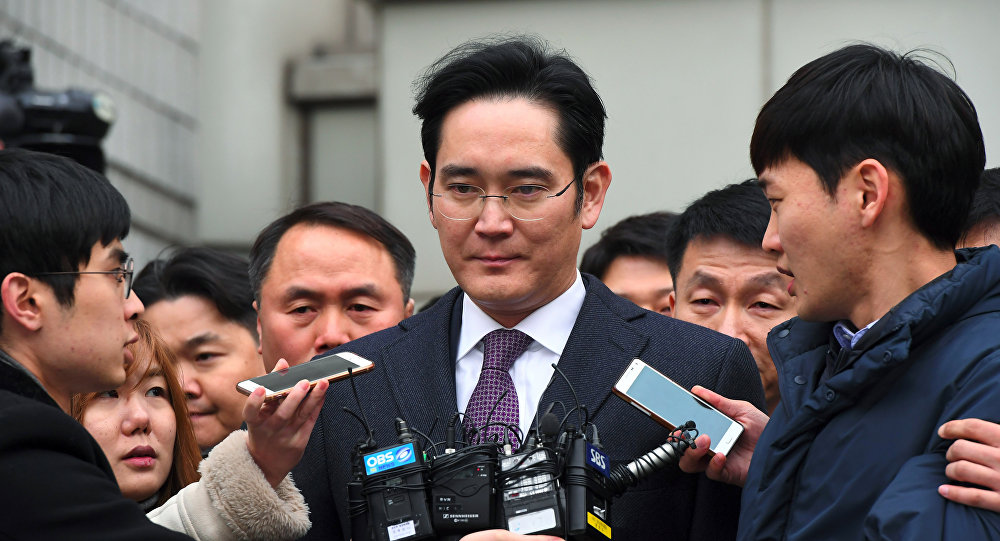 Samsung Group chief Lee Jae-yong denied all charges of being involved in the corruption scandal that led to the impeachment of South Korean President Park Geun-hye in a preliminary hearing for a trial, media reported Thursday.

Axar.az reports that according to the New York Times newspaper, the four other Samsung executives, allegedly involved in embezzlement, also denied the charges.
The second preliminary hearing is set for March 23, while the date of the verdict's announcement has not been announced so far.

A political scandal around Park broke out in late October 2016, when media reported that Park had allowed her friend Choi Soon-sil influence the country's policy. Choi was accused of pressuring big South Korean corporations and extorting money from them for her non-commercial funds.

The Samsung chief was first summoned by the investigation team looking into the corruption scandal surrounding Park and Choi on January 11. On January 16, prosecutors requested an arrest warrant for him, and he was officially arrested on February 17.

On March 2, Lee was indicted on bribery and embezzlement. He is suspected of providing over $38 million to the associate of suspended South Korean president Park in return for state support of a merger between Samsung’s two subsidiaries, namely Cheil Industries Inc. and Samsung C&T Corporation.