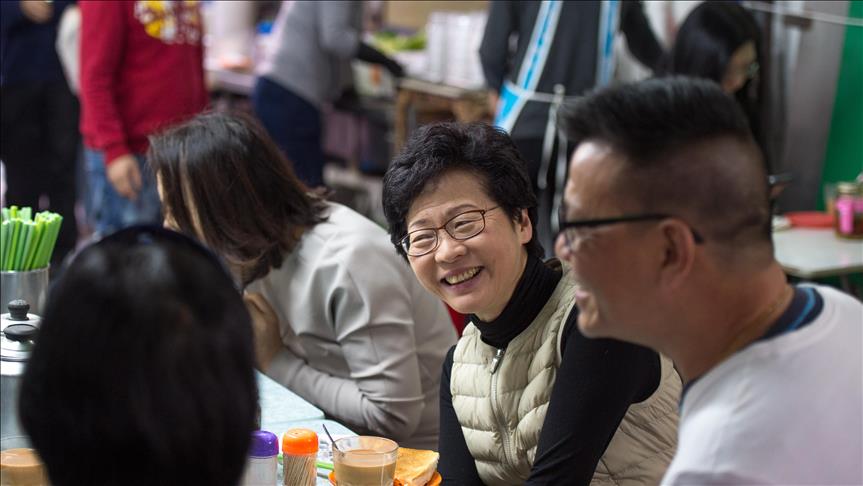 Hong Kong residents will be eagerly awaiting the results of the restricted election of the city’s new chief official on Sunday.

The vote among 1,194 members of the Election Committee of lawmakers and societal representatives is the first for a new chief executive since widespread street protests in 2014.

The 3.8 million voters in the former British colony do not have a direct say in the ballot but have nevertheless attended campaign rallies in their thousands to indicate their preferred candidate.

Incumbent Leung Chun-ying is not seeking re-election so the vote is between three candidates. However, it is widely seen as a race between Carrie Lam, who is viewed at Beijing’s preferred candidate, and John Tsang, the most popular candidate among ordinary Hong Kong residents.

Lam served as Leung’s deputy and is the frontrunner among electoral committee members while Tsang, a former financial secretary, has focused on reform.

The third candidate, Woo Kwok-hing, is a retired judge and the most progressive candidate. He has promised to increase Hong Kongers’ involvement in the political process. Currently, only 230,000 voters select the Election Committee.

A survey by the Chinese University of Hong Kong and published in the South China Morning Post on Friday showed Tsang with 46.6 percent support compared to Lam’s 30.5 percent. Woo was backed by 10 percent of respondents.

China’s involvement in Hong Kong, which passed to its control 20 years ago, has been felt during the campaign and Beijing has thrown its support behind Lam, who is expected to win despite her unpopularity.

If none of the candidates takes more than 600 votes in the first round, the committee will vote a second time with the third-placed candidate excluded.

Lam is expected to continue Leung’s pro-Beijing policies, which led to mass protests including the Umbrella Revolution of 2014.