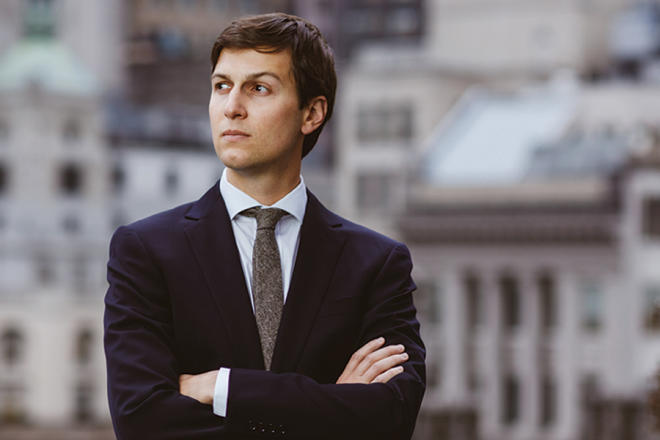 US President Donald Trump has tapped son-in-law Jared Kushner to lead a new White House office, that aims to apply ideas from the business world to help streamline the government, the Washington Post reported Sunday.

The White House Office of Innovation is to be unveiled Monday with sweeping authority to overhaul the bureaucracy and fulfill key campaign promises like reforming care for veterans and fighting opioid addiction, the Post said.

"I promised the American people I would produce results, and apply my 'ahead of schedule, under budget' mentality to the government," Trump was quoted as saying.

The innovation office will be led by 36-year-old Jared Kushner, a senior adviser to Trump with far-reaching influence over domestic and foreign policy, and will report directly to the president.

It is conceived as a sort of SWAT team made up of former private sector executives charged with bringing fresh ideas to the business of government, according to the report.

"The government should be run like a great American company. Our hope is that we can achieve successes and efficiencies for our customers, who are the citizens," Kushner told the Post.

Trump is readying to announce the new office at a low point in his young administration, days after the Republican bill to repeal and replace the Affordable Care Act, also known as "Obamacare." imploded in the House of Representatives, revealing deep divides within GOP and fraying tensions at the White House.

This effort has been developing since shortly after the inauguration, the official said. The group has been meeting since then and started talking to CEOs from various sectors about ways to make changes to federal programs.

Trump's daughter Ivanka, who is married to Kushner and has a West Wing office but no official job, will get involved on issues she is focused on, such as workforce development.