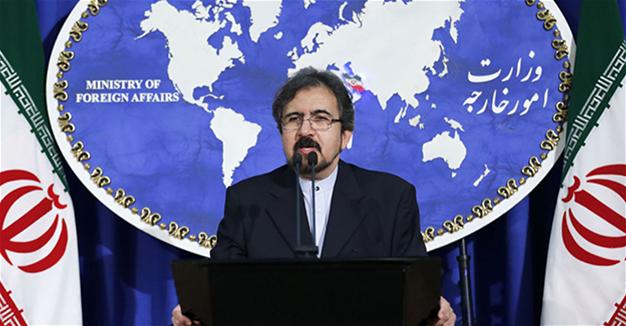 The Iranian Foreign Ministry on March 26 called recent remarks by President Recep Tayyip Erdogan as “baseless and meddlesome,” stating that Ankara is playing a blame game to justify its expansionist polices.

“By accusing others and repeating false claims, they are trying to justify their meddlesome and expansionist policies toward their neighbors,” he said.

Speaking at the closing ceremony of the Turkish-British Tatlıdil Forum in the southern province of Antalya on March 25, Erdoğan accused Tehran of pursuing “racist and discriminatory” policies in Iraq.

In addition, the ministry also dismissed remarks by Deputy Prime Minister Veysi Kaynak on the arrival of three million refugees, whom he said were mostly Afghans, from Iran, describing them as “incorrect.”

“Iran has been hosting millions of refugees from its neighboring countries for more than 30 years,” the statement said.

“Turkey should learn from Iran how it has hosted millions of refugees for more than three decades and has never abused this human and humanitarian issue for specific and politically-motivated purposes against any other country,” it added, while urging Turkish officials to avoid confusing humanitarian issues with political disputes and respect the national sovereignty of their neighboring countries.

In an interview with private broadcaster CNN Türk on March 27, Kaynak said a fresh migration wave with three million migrants is currently in the phase of mobilization from Iran to Turkey.

“According to information we got, there are around three million unauthorized migrants in Iran and they are in mobilization toward Turkey. Unfortunately, they are mostly Afghans again from the further east of Iran,” he said.

“We have such worry that it is like the Iranian state is disregarding their migration toward Turkey, not to say that they are assisting them,” Kaynak said.