Barack Obama is 'ready' to return to politics 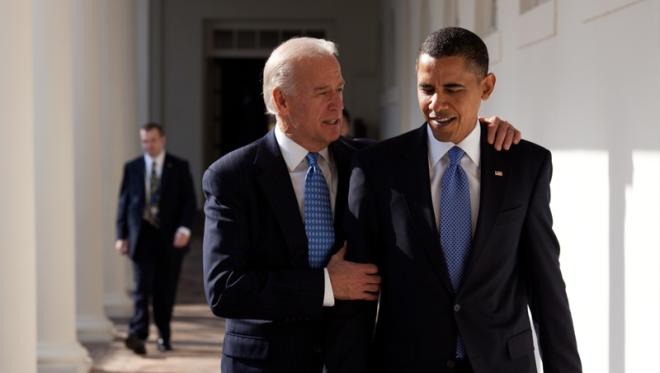 Barack Obama is ready to campaign for the Democratic Party, Joe Biden has said, indicating the former US President does not plan to retire from politics just yet.

At an annual party dinner, Mr Biden extinguished rumours he will run for President in 2020, but said he and Mr Obama would do whatever they can to “help shape the public debate”.

“I’m ready to help raise money, recruit candidates, campaign – so is Barack – wherever you want, just let me know,” he said, reported The Hill.

Since leaving the White House just over 100 days ago, Mr Obama has been spotted on holiday in the Caribbean and recently made his first post-presidency speech at a community youth event in Chicago, where he did not mention political events or his successor Donald Trump.

Crowds at the state Democratic Party dinner in New Hampshire booed when Mr Biden addressed suggestions he might run for President.

“When I got asked to speak, I knew it was going to cause speculation,” he said to big applause, which transformed into boos and calls of “run, Joe, run” after he added: “Guys, I'm not running.”

The former Vice President said he was “committed to do what I can do to help shape the public debate,” including the “really, genuinely important” cause of helping more Democrats be elected.

Mr Obama has so far kept quiet about the prospect of a political comeback, telling the University of Chicago panel event: “I’m spending a lot of time thinking about what is the most important thing I can do for my next job.

“The single most important thing I can do is to help in any way I can to prepare the next generation of leadership to take up the baton and to take their own crack at changing the world”.

The 55-year-old has chosen to remain in Washington DC with Michelle Obama and their two daughters Sasha and Malia.