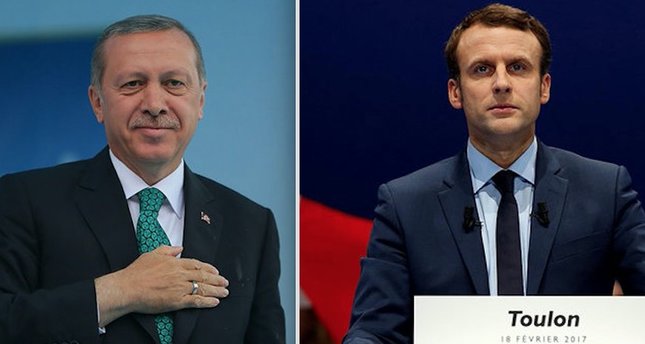 President Recep Tayyip Erdogan on Monday called Emmanuel Macron to congratulate him on his win after he surged to victory against Marine Le Pen in the French presidential elections on Sunday.

Axar.az reports citing to Daily sabah Erdogan said that the results of the French presidential election have heightened hopes for the future of the EU.

Macron and Erdogan also agreed to meet face-to-face at a NATO Summit scheduled for Brussels later this month.

A jubilant crowd of Macron supporters roared with delight at the news, waving red, white and blue tricolor flags at a victory party outside the Louvre Museum in Paris.