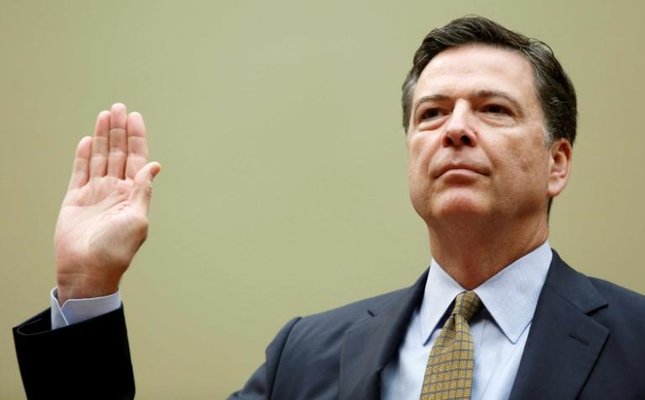 President Donald Trump defended his firing of FBI Director James Comey on Wednesday, fighting a storm of criticism that the ouster was aimed at blunting an agency probe into his presidential campaign's possible collusion with Russia to sway the 2016 election.

Axar.az reports citing to Spunik the Republican president's abrupt move on Tuesday stunned Washington and was swiftly condemned by Democrats and by some in his own party.

In a series of posts on Twitter on Wednesday morning, Trump sought to explain his move, and lambasted his critics.

"Comey lost the confidence of almost everyone in Washington, Republican and Democrat alike. When things calm down, they will be thanking me," he said.

The Trump administration said on Tuesday Comey's firing was over his handling of an election-year FBI probe into then-Democratic presidential nominee Hillary Clinton's use of a private email server during her time as secretary of state.

Though many Democrats have criticized Comey's management of that investigation, they said they were troubled by the timing of his dismissal, given that Trump could have acted soon after taking office on Jan. 20 and that he has repeatedly criticized the FBI and congressional probes into alleged Russian involvement in the election.