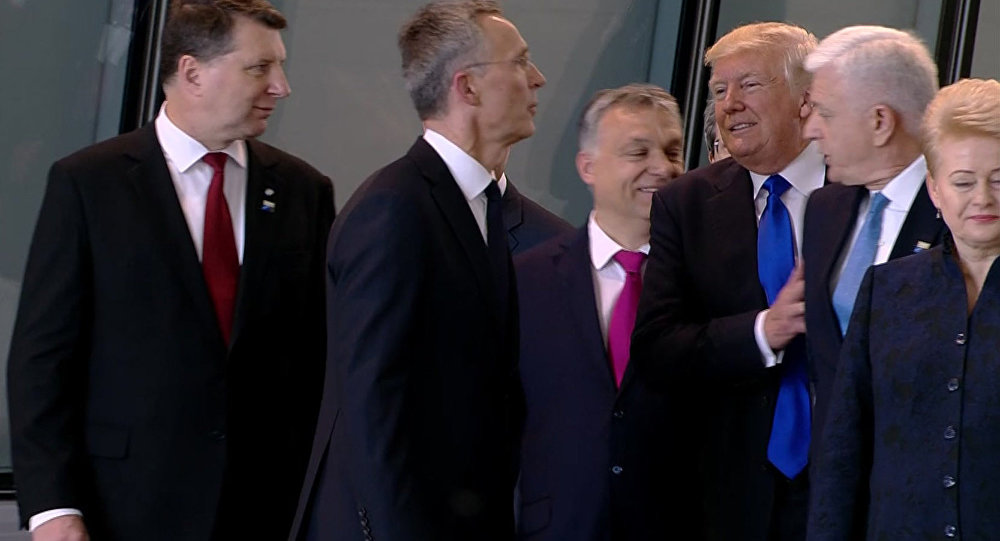 Meeting with NATO leaders in Brussels for the very first time, US President Donald Trump, perhaps afraid of getting lost in the hustle and bustle, was filmed shoving Montenegro’s Dusko Markovic to get to the front of the group.

While some speculate that Trump was trying to make his way to shake hands with NATO Secretary-General Jens Stoltenberg, said handshake never actually happened. Onlookers instead were left to watch a very pleased POTUS fix his lapels as he stoically pointed his chin to the sky.

​Montenegro’s prime minister, on the other hand, at first looks shocked, but after realizing his assailant is Trump, he smiles and pats The Donald on the back.

​Trump also had an interesting run-in with newly elected French President Emmanuel Macron, and for many, the interaction could not have been more awkward.