Vatican outraged over US exit from Paris Climate Deal 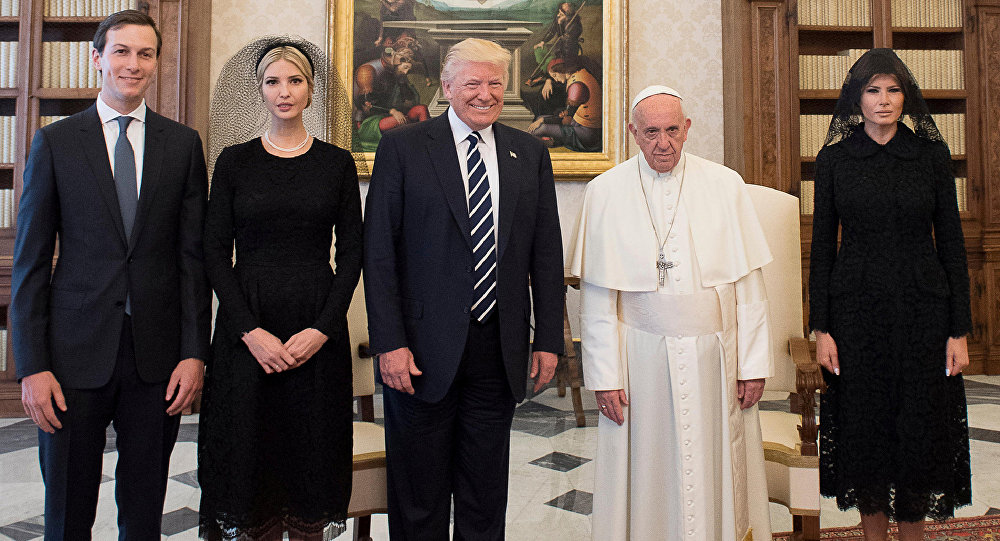 US President Donald Trump deciding to withdraw from the Paris Climate Agreement would be a "slap in the face," a Vatican Pontifical Academy of Sciences official said on Thursday, according to US media reports.

Trump is expected to announce his decision regarding the future of the United States and the climate accord at 3:00 p.m. [8:00 p.m. GMT] in remarks from the White House.

If Trump pulls the United States from the Paris agreement, "It would be a huge slap in the face for us," the unnamed official told NBC News.

Earlier this week it was reported that Trump decided to withdraw the country from the 2015 Paris agreement aimed at curbing climate change.

Interestingly, the news comes following his outspoken visit to the Vatican late May during which Pope Francis presented him some of his writings on climate change. Thus, by deciding to exit the Paris accord, Trump puts a spoke in the wheel of ties with the Vatican and the Pope.

After a meeting with Trump, European Council chief Donald Tusk said that the stances of Washington and Brussels on climate and trade still differ. Also newly-elected French President Emmanuel Macron during bilateral talks called on the US leader to review his stance on the Paris climate deal.

In April, Trump once again lashed out at "one-sided" Paris climate deal, saying it doesn't benefit America, and promised to make a "big decision" regarding the agreement. Trump stated that full compliance with the agreement would reduce US GDP by $2.5 trillion over the next decade, explaining that it means "factories and plants closing all over the country."

The Paris climate agreement within the UN Framework Convention on Climate Change, championed by former US President Barack Obama, was signed in 2015 by 195 countries and ratified by 147. It aims to hold the increase in average global temperature to below 2 degrees above pre-industrial level by reducing greenhouse gas emissions, with all the signatory states agreeing to reduce or limit their greenhouse gas emissions. Syria and Nicaragua are reportedly the only two states who didn't sign the climate agreement.