Russia offered US to co-sponsor UNSC resolution on ISIS 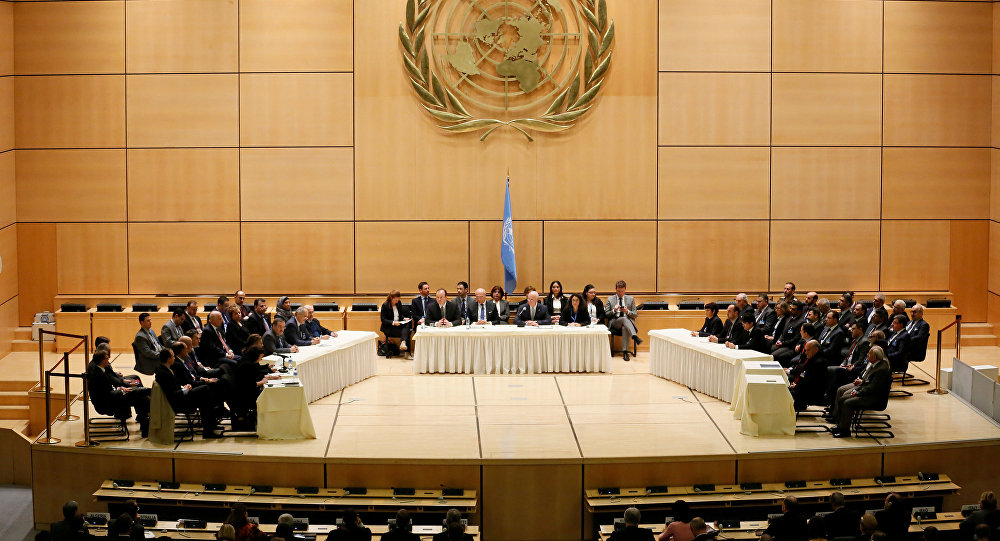 Director of the Department on New Challenges and Threats of the Russian Ministry of Foreign Affairs Dmitry Feoktistov stated that Russia offered the United States to co-sponsor a UN Security Council resolution that introduces a full trade and economic embargo on the Daesh terrorist group.

Russia offered the United States to co-sponsor a UN Security Council resolution that introduces a full trade and economic embargo on the Islamic State (ISIL or Daesh, outlawed in Russia) terrorist group, seen as the most efficient way to cut financing of the Daesh, Director of the Department on New Challenges and Threats of the Russian Ministry of Foreign Affairs Dmitry Feoktistov told reporters.

“The most efficient way to do that [impose a trade, economic embargo] would be by expeditiously adopting a new UN Security Council resolution that introduces a comprehensive trade and economic embargo against territories under IS control… Today we proposed our US counterparts to consider co-sponsoring this resolution," he said.

He explained that Russia understands the numerous challenges related to such a resolution. For instance, the Daesh does not have either a statehood or citizenship and consists of fractured territories while its border changes constantly.

Another challenge is that there may be humanitarian consequences for civilians that remain on these territories, Feoktisotov said. However, he added he was convinced that there is no better way other than introducing a trade embargo pursuant to article 41 of the UN Charter.

During negotiations with its US counterparts a year and a half ago, Russia already raised the issue of possibility of introducing an embargo against the Daesh via a Security Council resolution. Back then the US delegation voiced its concerns regarding the humanitarian consequences for civilians, as well as difficulties related to the absence of statehood.
Feoktistov pointed out that some of the concerns can be solved by tightening border control around Syria and Iraq. Turkey is already implementing such measures but they can be expanded to Lebanon, Israel, Jordan and other neighboring states, he explained.

According to Feoktistov, Russian experts are finalizing a draft resolution and plan to hold talks on it with representatives of Syria and Iraq, as well as with China, Kazakhstan, the United States, and the other members of the UN Security Council.

Feoktistov also recalled that in 1993, the UNSC already introduced an embargo against a non-state entity via its resolution 864 establishing an arms embargo, as part of a package of sanctions, intended to prohibit all supplies of arms and related materiel to the National Union for the Total Independence of Angola (Unita).

In 2014, the Daesh terror group launched a full-scale offensive in Syria and Iraq, seizing large territories in both countries. Despite a number of successful anti-Daesh operations conducted both by Damascus and Baghdad with support of airstrikes carried out by international coalition and Russia, Daesh still has control over its main stronghold in Syria's Raqqa and parts of the second biggest Iraqi city of Mosul.