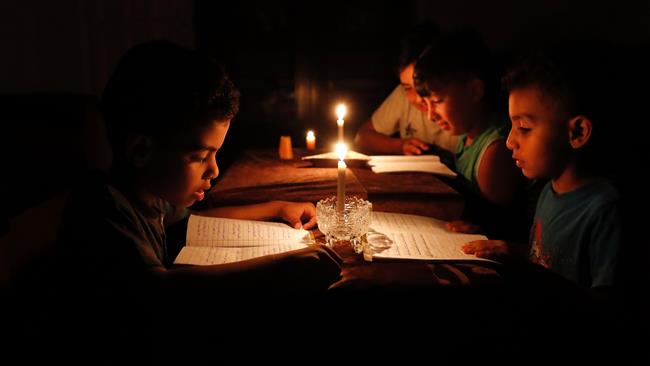 The United Nations (UN) and more than a dozen rights groups, including Amnesty International, have warned that longer power cuts imposed by the Israeli regime on the besieged Gaza Strip would worsen the humanitarian situation in the Palestinian enclave.

“A further increase in the length of blackouts is likely to lead to a total collapse of basic services, including critical functions in the health, water and sanitation sectors,” said UN Humanitarian Coordinator Robert Piper in a statement on Wednesday.

His warning came three days after the Israeli regime announced that it planned to further reduce the amount of the mains electricity supplied to Gaza by between 45 and 60 minutes a day. The besieged enclave, with a 1.85-million-strong population, already receives only three to four hours of mains electricity a day.

Israel’s decision was reportedly made after the West Bank-based Palestinian Authority (PA), led by President Mahmoud Abbas, slashed its monthly payments for the power supplies to Gaza by 30 percent.

The Palestinian resistance movement Hamas has ruled over the Gaza Strip for the past decade, and Abbas’ decision, according to some analysts, is aimed at placing indirect pressure on Hamas so that it ultimately relinquishes its control of the enclave.

“The people in Gaza should not be held hostage to this longstanding internal Palestinian dispute,” Piper added, calling on the PA, Hamas, and the Israeli regime to put the welfare of Gaza’s inhabitants first.

Gaza’s only power plant was forced to shut down in early April after it remained without fuel. Three electricity lines set up by Egypt and reaching into Gaza are capable of providing 27 MGW of mains electric power per day but are rarely operational.

The densely-populated Palestinian sliver is now largely dependent on an Israeli power plant, which provides 125 MGW, or 30 percent of the total mains electricity needs of the enclave. However, the Sunday decision would scale back the power delivery to Gaza to at least 40 percent of its current level.

Meanwhile, Amnesty International and 15 other rights groups, including the Israeli B’Tselem, Peace Now, and Rabbis for Human Rights, said in a joint statement that they had asked Israel’s Attorney General Avichai Mandelblit to “advise” pertinent Israeli official “to immediately rescind [the] decision to reduce the supply of electricity sold and provided by Israel to the Gaza Strip.”

Furthermore, the UK-based Amnesty also warned in a separate statement on Wednesday that the power cut would lead to a “looming humanitarian catastrophe.”

It added that further reductions in mains electricity “will have a disastrous impact on Gaza’s battered infrastructure and cause a public health disaster. The move will also endanger thousands of lives including those of hospital patients with chronic conditions or in intensive care, including babies on life support.”

The Gaza Strip has been under an Israeli siege since June 2007. The blockade has caused a decline in living standards as well as unprecedented unemployment and poverty there.

Israel has also launched several wars on the Palestinian sliver, the last of which began in early July 2014. The last Israeli military aggression, which ended on August 26, 2014, killed nearly 2,200 Palestinians. Over 11,100 others were also wounded in the war.