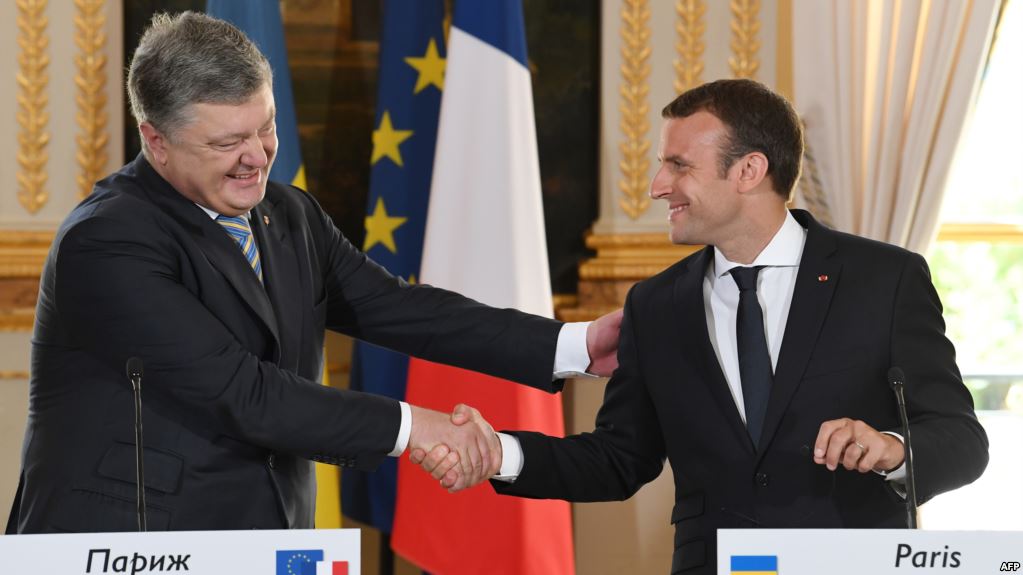 French President Emmanuel Macron and his Ukraine counterpart Petro Poroshenko on Monday expressed hopes of making progress in resolving the conflict in Ukraine, with Macron pressing for a withdrawal of forces around the border area with Russia.

Both Macron and Poroshenko said they expected a new "Normandy format" meeting on Ukraine - involving Germany, France, Ukraine and Russia - to be held by late June or early July, before a G20 summit due July 7-8.

Macron reiterated that France did not accept the annexation of Crimea by Russia and said it was vital for Organization for Security & Co-Operation in Europe (OSCE) officials be able to carry out their monitoring work in Ukraine.

A ceasefire agreement signed in February 2015 in Minsk, that aims to end the conflict between Ukrainian government forces and pro-Russian separatists, has failed to end artillery fighting. Each side accuses the other of violating the truce.

At a joint news conference, Macron also said that he did not agree U.S. Secretary of State Rex Tillerson's view that the hostilities in Ukraine could be resolved outside of the Minsk accord framework.

Macron said he had seen no alternative proposal from the United States and that the basis for a deal remained one from within the Minsk accord, which had been agreed upon by all sides and needed to be implemented.