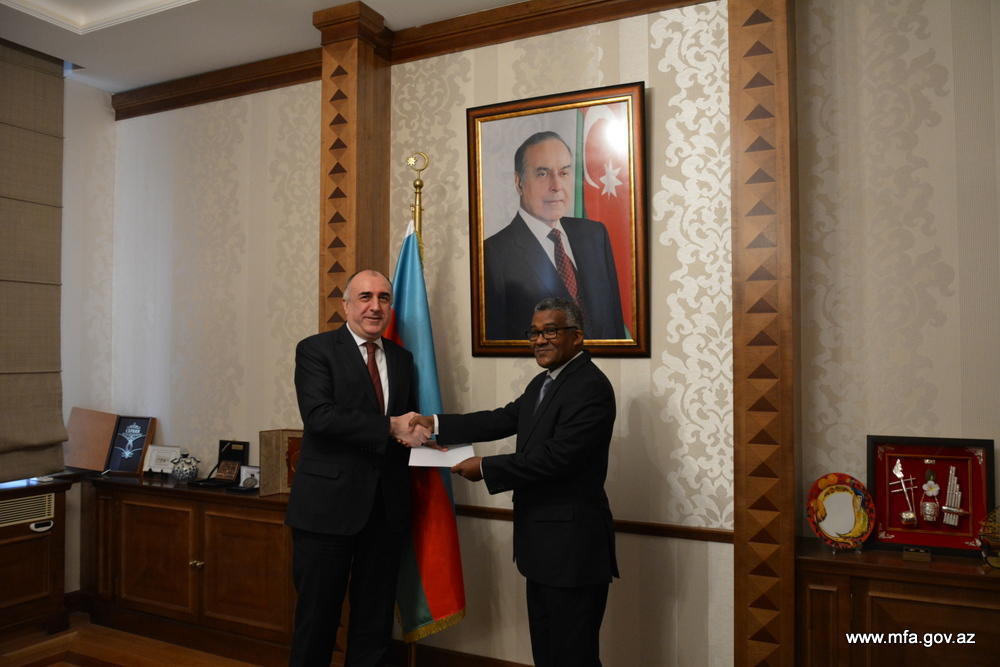 The Sudanese ambassador presented a copy of his credentials to Foreign Minister Mammadyarov, the Azerbaijani Foreign Ministry told Axar.az.

Minister Mammadyarov congratulated Ambassador Abbas Mustafa Ahmad Abdulla on his appointment and wished him every success in his future activities.

The ambassador noted that he would spare no efforts to contribute to further enhancement of relations between Azerbaijan and Sudan during his diplomatic mission.