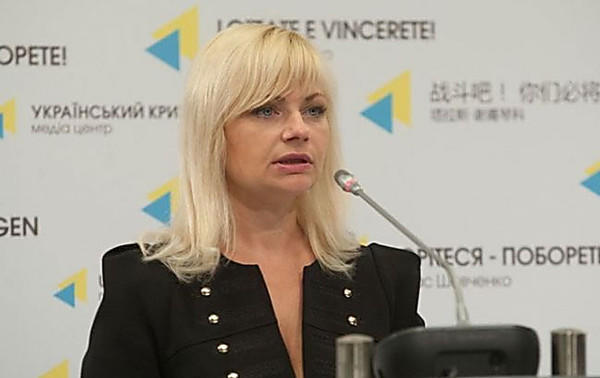 Axar.az reports citing TASS that, "SBU’s position has always remained clear, we are ready for an all-for-all prisoner exchange and welcome any initiative that may help bring our citizens back home," she said.

At the same time, Gitlyansakaya pointed out that Ukrainian special services were not aware of the details of talks between Russian President Vladimir Putin and heads of the DPR and LPR. "But we hope that such statements prove their willingness to unblock the process," the SBU spokesperson told the 112.Ukraina TV channel.

On Wednesday, Vladimir Putin held a meeting with Viktor Medvedchuk, the leader of the Ukrainian Choice social movement and Kiev’s representative to the humanitarian subgroup of the Contact Group on resolving the situation in eastern Ukraine, who asked the Russian leader to support his initiative concerning the prisoner swap. According to Medvedchuk, "Ukraine is ready to release 306 people and expects Donetsk and Lugansk to release 74 people, it could be done before the holiday season starts."

Russian Presidential Spokesman Dmitry Peskov said later that Putin had held telephone conversations with DPR Head Alexander Zakharcheko and LPR leader Igor Plotnitsky. According to Peskov, both leaders supported the initiative on the whole but pointed out that the issue should be further discussed with Kiev’s representatives.