Unauthorized visit to Nagorno-Karabakh is ‘a crime’ 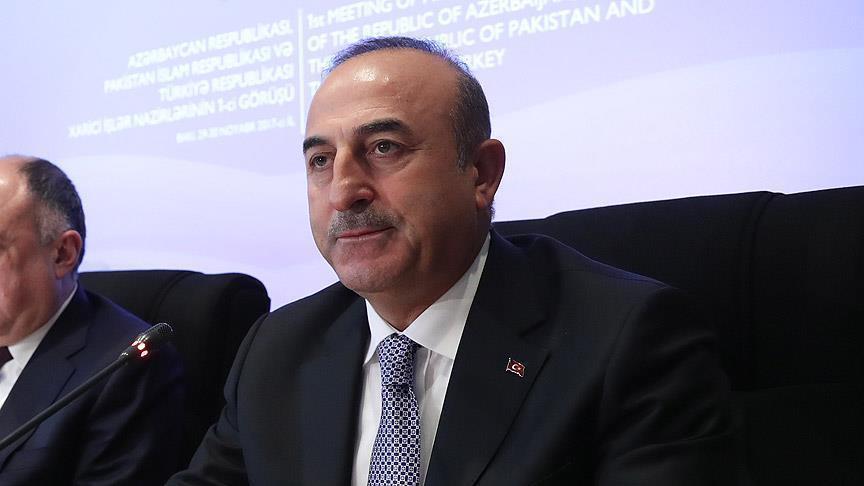 Nagorno-Karabakh belongs to Azerbaijan and thus any illegal entry into this Azerbaijani land is a crime, Turkish Foreign Minister Mevlut Cavusoglu said on Thursday.

“We became upset as we heard four Turkish citizens had traveled to Nagorno-Karabakh without the consent of Turkey and Azerbaijan,” said Cavusoglu.

He noted that there is much sensitivity about Nagorno-Karabakh in particular.

Cavusoglu stressed that Nagorno-Karabakh is an occupied Azerbaijani territory, just like the other seven districts.

“Therefore, when Azerbaijan opened a criminal case, so did Turkey. A prosecutor called those persons for interrogation as to why they had gone without permit. The process is continuing. Meanwhile, those four people telephoned me to tell me that they did not know that their act was a crime and that they had to seek permit. I told them to say that to Azerbaijan. This is a crime. And the visitors were no school children,” he said.

Turkey’s top diplomat added: “They [four Turkish citizens] said they defended Azerbaijan there, raised the Khojaly territory and reiterated their support to Azerbaijan in the Kabakh issue. However, their unauthorized visit to Karabakh is a crime. Therefore, the appealed to the Azerbaijani side with a letter acknowledging their guilt. They also mentioned that they did not know about the need to obtain permission to travel, and they protected the interests of Azerbaijan there. This is a positive sign. However, a legal process has already begun. This should serve as a lesson so that no one else dares to visit Nagorno-Karabakh without the permission of Azerbaijan. Neither we, nor Azerbaijan can accept it. This is our position. This is also the position of our state and nation.”

On September 22, four Turkish citizens – Ali Bayramoglu (journalist), Sait Cekinoglu (journalist), Ufuk Uras (former MP) and Erol Katircioglu (writer, TV host) paid an illegal visit to the occupied Nagorno-Karabakh region of Azerbaijan on the initiative of an organization called “National Congress of Western Armenians”, where they made pro-Armenian statements against Azerbaijan and Turkey.