Abe is firmly determined to reach peace treaty with Russia 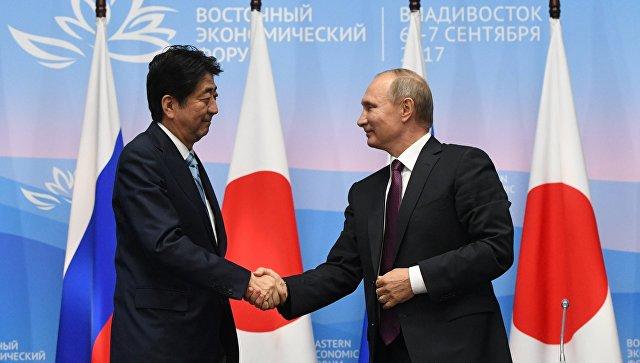 Japanese Prime Minister Shinzo Abe is determined to end negotiations on the signing of the peace treaty with Russia based on the agreements reached with Russian President Vladimir Putin, Japanese Ambassador to Russia Toyohisa Kozuki told TASS in an interview ahead of the meeting of the two state leaders at the G20 summit in Argentina.

"Prime Minister Abe is resolutely determined to end negotiations on the peace treaty - the issue that has remained unresolved since World War II - on the basis of the current agreement and under the guidance of the two state leaders," he said.

"Japan’s basic position is to sign the peace treaty by solving the territorial issue. This position is known to the Russian side," Kozuki stressed.

"During the meeting in Singapore [in November] - I went there as well - the leaders had a frank face-to-face discussion on the peace treaty issue," the Japanese ambassador noted. "Both leaders shared the firm decision, based on the accrued mutual confidence, to finalize the peace treaty signing issue by solving the territorial issue, without leaving this task, which has been unresolved for more than 70 post-war years, for the next generations." "It was agreed to fast-track the peace treaty negotiations based on the Joint Declaration of 1956," he reiterated.