Turkey, Azerbaijan and Turkmenistan are together 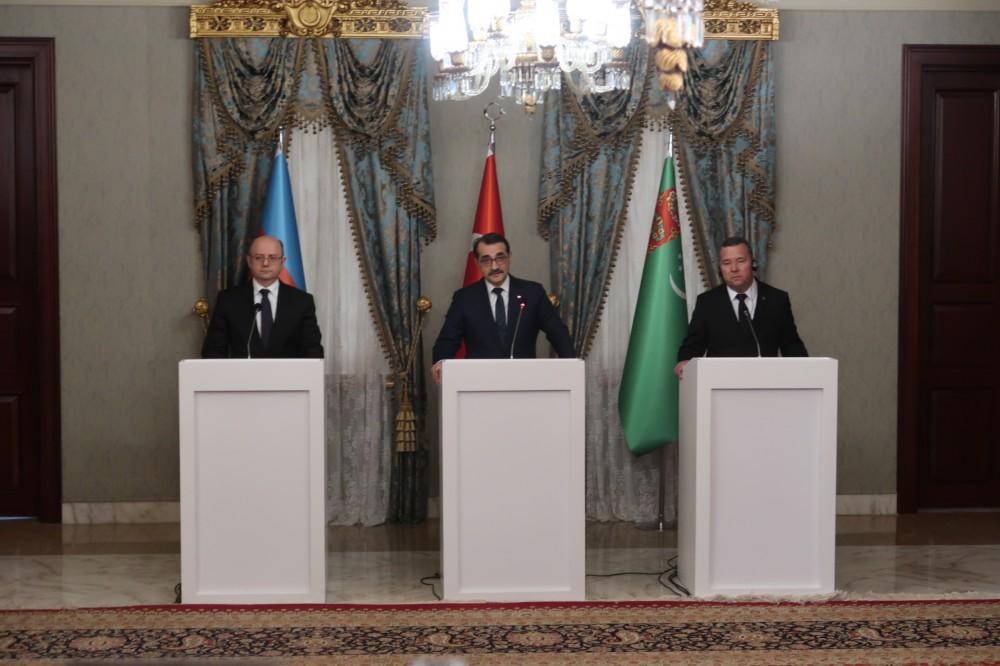 Axar.az informs that, during the meeting, the sides discussed the current state and perspectives of the development of energy cooperation between the two countries.

Talking about the achievements of Azerbaijan in energy sector, Energy Minister Parviz Shahbazov said that the oil strategy, based on these achievements, is based on the national leader Heydar Aliyev: "The Contract of the Century, Shah Deniz, Baku-Tbilisi-Ceyhan oil, Baku-Tbilisi - Erzurum gas pipelines, TANAP and "STAR" oil refinery projects are also the results of the Azerbaijani-Turkish energy cooperation that yield economic benefits to our countries and political advantages in the region. Last year, the transportation of 6.3 million tons of Turkmen oil via the Baku-Tbilisi-Ceyhan pipeline shows that these projects serve the interests of the region as a whole. "

The Minister emphasized the importance of the visit of the President of the Republic of Azerbaijan to Turkmenistan in the expansion of cooperation between the two countries in November last year. "Relations between Azerbaijan, Turkey and Turkmenistan today are based on friendship and fruitful cooperation, and they are characterized by a strategic partnership. Today's meeting will contribute to the development of existing bilateral energy cooperation in the trilateral format, the creation of the Turkish-Azerbaijani-Turkmen energy cooperation model, and the great potential of all three countries, "he said.

During the meeting, the sides discussed issues such as consistent meetings, adopted documents, joint regional interests, Afghanistan-Turkmenistan-Azerbaijan-Georgia-Turkey transport corridor, Trans-Eurasian Information Super Highway (TASIM) and rehabilitation of the Great Silk Road such projects have formulated a strong base for cooperation in the trilateral format, and prospects for the development of this format have been considered.

Then the sides held a joint press conference.

Within the framework of the event, Parviz Shahbazov and Minister of Energy and Natural Resources of Turkey Fatih Dönmez also had a bilateral meeting.