Ilham Aliyev met with the Ambassador of Ukraine 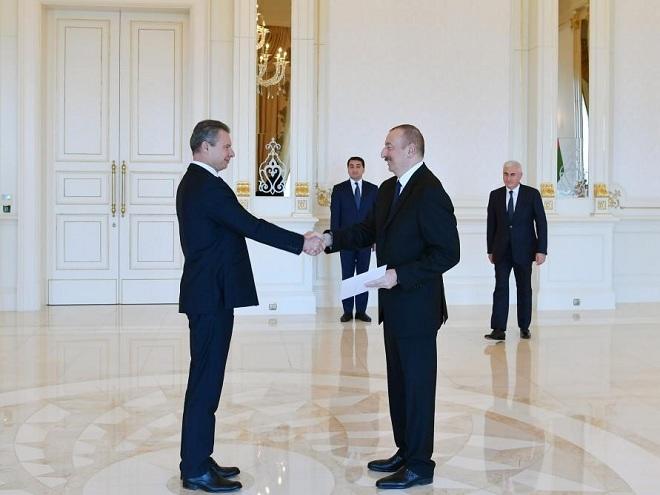 On May 17, President of Azerbaijan Ilham Aliyev has received credentials of the newly appointed Extraordinary and Plenipotentiary Ambassador of Ukraine, Vladislav Kanevsky.

Axar.az reports that the ambassador presented his credentials to President Ilham Aliyev.

President Ilham Aliyev then spoke with the ambassador.

President Ilham Aliyev and Ambassador Vladislav Kanevsky discussed further development of Azerbaijan-Ukraine ties and noted the significance of broadening the scope of the bilateral relations to include more areas.