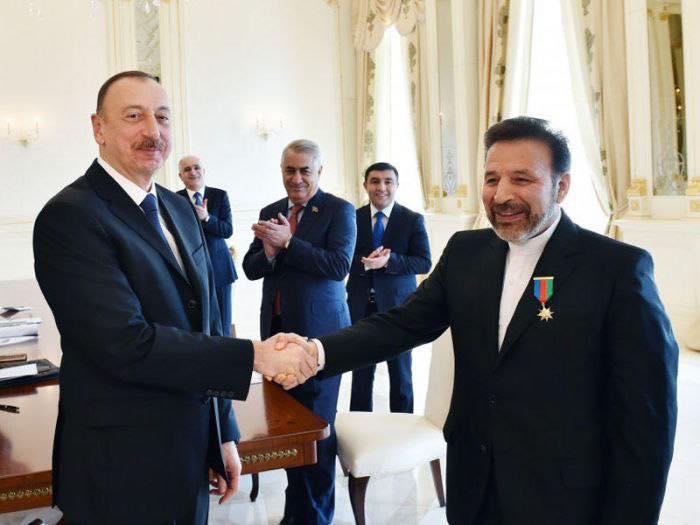 Iran’s President chief of staff, Mahmoud Vaezi said cooperation and ties between Iran and Azerbaijan have been advanced in different areas, despite US sanctions.

Axar.az reports citing ISNA that on the sidelines of a meeting with Azerbaijan’s Minister of Economic Development, Shahin Mustafayev, Vaezi mentioned the upcoming trilateral summit between Presidents of Azerbaijan, Russia and Iran, saying, “We hope the summit help further advancing cooperation between the countries, especially in trade exchanges”.

He described holding 12 presidential meetings during recent five years between the two neighboring countries as a sign of good relations between Tehran and Baku.

Shahin Mustafayev, for his part, expressed satisfaction on the expansion of relations and bilateral trust between the two governments and nations, insisting on the need of strengthening friendly ties.

The Azerbaijani minister stressed, “US pressures and sanctions haven’t had any impact on bilateral ties with Iran”.

Pointing to Tehran-Baku’s doubled trade exchanges compared to last year, he added, “The participation of Iranian companies in Azerbaijan has faced a significant growth”.