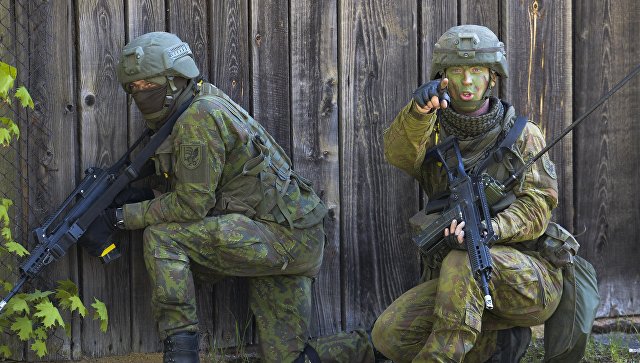 Earlier in the day, Belarusian President Alexander Lukashenko said that Belarus and Russia have to work on ensuring their national security during NATO's upcoming large-scale military drills near the Belarusian border.

Axar.az reports citing foreign media that commenting on NATO drills, Russian President Vladimir Putin said that Russia would remain calm during the exercises, though attempts to create tensions at borders are not welcome.

“As for NATO's exercises, we need to see how we can respond to this. We recently conducted [drills] - though not close to the borders of NATO, we specifically conduct them deep inside the Russian Federation... 128,000 people took part in them. Therefore, we do not welcome attempts to escalate tensions at our borders, we believe that it is harmful, but we will respond calmly. We will consult with you what to do," Putin said at a meeting of the CIS heads of state.

Around 30,000 people are expected to take part in the upcoming large-scale NATO military drills near the Belarusian border.

NATO regularly holds major international exercises in the Baltic countries, including Latvia. The Saber Strike exercise mobilized around 18,000 troops from 19 allies and partners in June 2018, while the latest war games, codenamed Silver Arrow, wrapped up this week and brought together over 3,000 soldiers from 12 NATO allies.

Russia has repeatedly objected against NATO's build-up on the alliance's eastern flank, saying that it will undermine regional stability and result in further tensions.