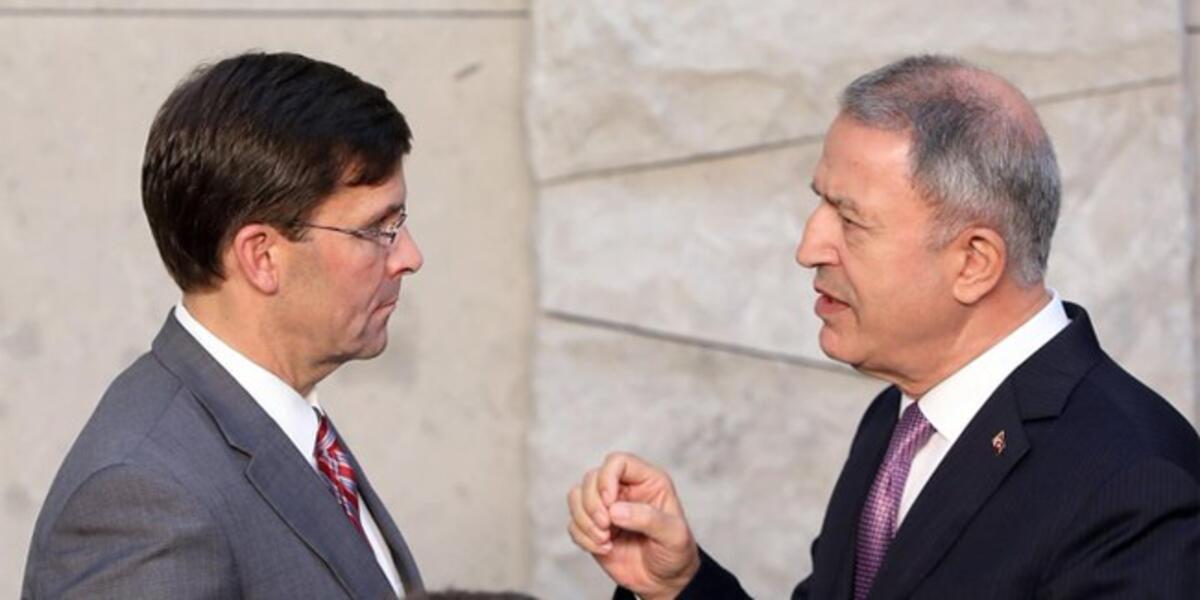 The U.S. defense chief asked his Turkish counterpart to stop Ankara's peace operation in northeastern Syria to deescalate the situation there, a Pentagon spokesperson said Friday.

Esper told his counterpart that the U.S. opposes Turkey's operation over fears that it risks the progress made by the anti-Daesh coalition, said Hoffman.

"As part of the call, Secretary Esper strongly encouraged Turkey to discontinue actions in northeastern Syria in order to increase the possibility that the United States, Turkey and our partners could find a common way to deescalate the situation before it becomes irreparable," said Hoffman.

Turkey on Wednesday launched Operation Peace Spring east of the Euphrates River in northern Syria to secure its borders by eliminating terrorist elements and to ensure the safe return of Syrian refugees and Syria’s territorial integrity.

Ankara wants to eliminate terrorist elements from the PKK and its Syrian offshoot, the PYD-YPG.

In its more than 30-year terror campaign against Turkey, the PKK -- listed as a terrorist organization by Turkey, the U.S. and the European Union -- has been responsible for the deaths of 40,000 people, including women, children and infants.

During the conversation, Esper reaffirmed that the U.S. values the strategic bilateral relationship with Turkey and warned that the operation "risks serious consequences for Turkey."