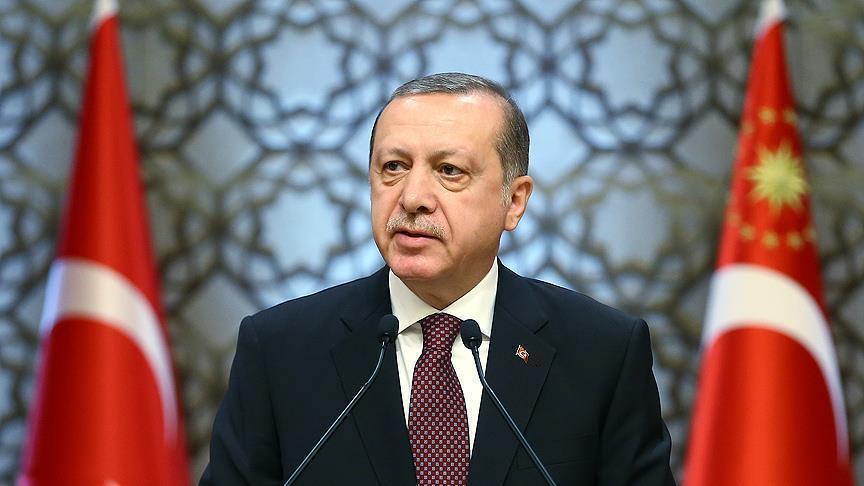 We have not forgotten Trump's inappropriate letter.

Axar.az reports that Turkish President Recep Tayyip Erdogan commented on the scandalous letter sent by US President Donald Trump to him:

"Because of our mutual love and respect, we will not keep it on the agenda. But when the time comes, we will take the necessary steps. If the United States fulfills its promise by Tuesday, the issue of a safe zone will be resolved. Otherwise, the military operation will continue. ”

Erdogan added that the main goal is to reach a logical agreement with Russia:

“Our condition is to withdraw PKK / YPG from the regime's location. It is not a problem for him to keep control of the regime. When Syria's territorial integrity is achieved, everything will be controlled by the legitimate government of this country.