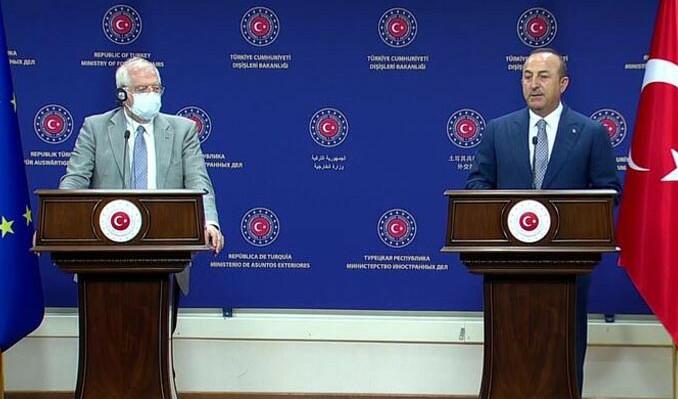 Turkey's top diplomat and the EU foreign policy chief held a joint press conference on Monday after a meeting in which they discussed bilateral relations, as well as regional developments.

"Turkey will support the EU's mediation on energy resources in the Eastern Mediterranean as long as it is an honest broker," said Turkish Foreign Minister Mevlut Chavusoglu, following the meeting in the capital Ankara. He added that Turkey has always been fair and transparent in its relations with the EU and expect the same.

Chavusoglu emphasized that if the EU took additional decisions against Turkey, the country would have no choice but to respond.

Josep Borrell said the EU held extensive discussions on Turkey, which he said is a key partner and candidate to join the bloc.

He asserted that relations between the EU and Turkey had become one of the most important issues of EU in terms of foreign affairs.

Borrell added that though it was not the best period in relations, the sides needed to work together to improve ties.

The meeting came in the wake of controversial visits by Borrell to Turkey's neighbor Greece and the Greek Cypriot administration. Ankara has voiced concern on a lack of equitable treatment of itself and the Turkish Republic of Northern Cyprus (TRNC) on issues such as the allocation of Eastern Mediterranean energy resources, as well as on reports of abuse of asylum seekers by Athens.