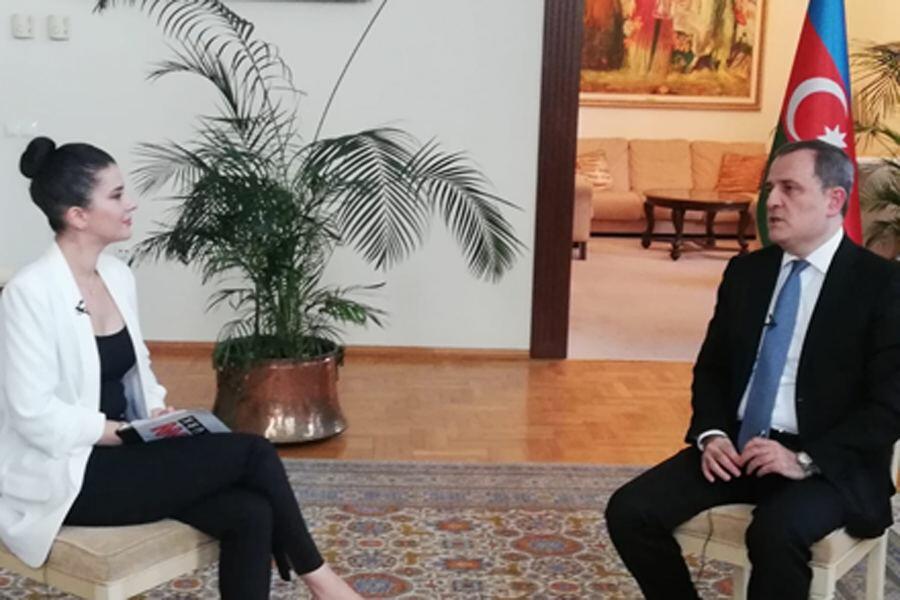 Axar.az reports that the Azerbaijani Foreign Minister gave an interview to CNN Turk. During the interview, they touched upon Turkish-Azerbaijani relations, the recent events on the Azerbaijani-Armenian border and other issues.

It should be noted that Jeyhun Bayramov's official visit to Turkey began yesterday, during which the Minister met with Turkish Foreign Minister Mevlut Chavusoglu and Turkish President Recep Tayyip Erdoğan.