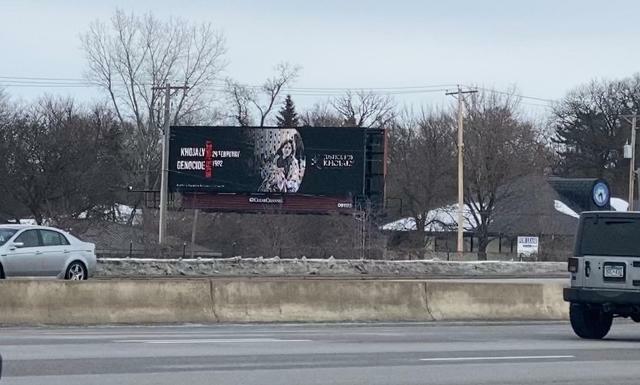 As part of the international propaganda campaign "Justice for Khojaly", a digital billboard reflecting the realities of Khojaly was placed on one of the central roads of the US state of Minnesota in order to convey the truth about the Khojaly genocide to the world.

Axar.az reports that the statement came from Gunel Rallis, head of the Minnesota Azerbaijan Association.

He said the project was initiated by the Minnesota Azerbaijan Association and supported by the State Committee for Work with the Diaspora.

G. Rallis noted that the billboard was placed on the side of the road of special strategic importance for the state:

G. Rallis said that the giant digital board will remain in the area for two weeks:

"On the digital billboard, we presented photos and information about the crimes committed by Armenians in Khojaly. We hope that the US public will not be indifferent to the greatest tragedy of the century. "