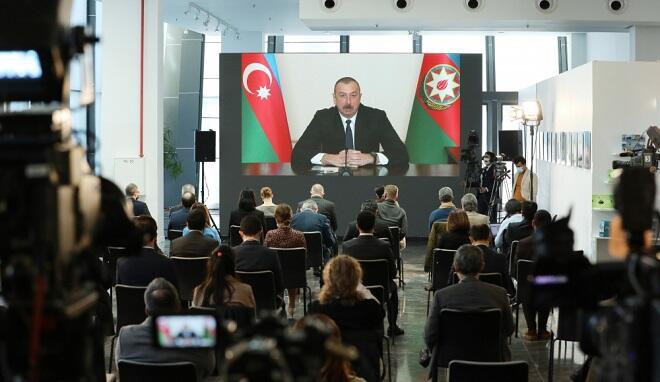 Axar.az reports that Ukrainian news portals "tsn.ua", "dialog.ua", "podrobnosti.ua", "korrespondent.ua", "polemika.ua" and others have wide coverage of the views expressed by President Ilham Aliyev at the press conference. separated.

The articles also reflect the President's statements on cooperation between Azerbaijan and Ukraine, successful military operations in the territories liberated by the Azerbaijani Army, and the heavy losses suffered by Armenia.

In addition, the Ukrainian media reported that Azerbaijan has begun construction of new international airports in the liberated territories, and since the only official language in Azerbaijan is Azerbaijani, it will be applied in the Karabakh region.