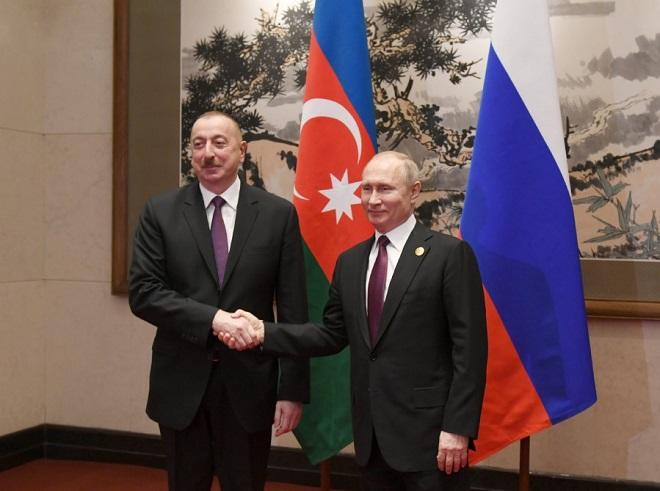 Russian President Vladimir Putin has played an active role in resolving the armed conflict in Karabakh.

Axar,az reports that the statement came from Azerbaijani President Ilham Aliyev in an interview with National Defence magazine.

"It was the evening of November 8," he said. "On November 9, we agreed to call again, because Vladimir Vladimirovich was very active in the events. He would deliver my messages to Pashinyan, and he would pass on his messages to me. The deal went on till midnight. It was November 10, Baku time. That is why we call it the November 10 statement, and in Moscow, it was November 9”.

According to the President of Azerbaijan, Vladimir Putin asked for Pashinyan not to sign the statement live:

"The Russian president is a very sensitive, gentle person, he treats everyone with great respect, and I said that I will not insist, because I do not need any extra moments to humiliate Pashinyan. Because this is an insult to the country, not to man, and we do not want it".

Ilham Aliyev said he first talked with Putin about the war in Karabakh on October 7:

"Obviously, we have been in regular contact with Russian President Vladimir Putin at different stages of military operations. Our first telephone conversation after the war started on October 7, on his birthday. Traditionally, I congratulated Vladimir Vladimirovich. This was our first telephone contact, and it was already 10 days since the start of military operations. We also discussed how to stop the war".