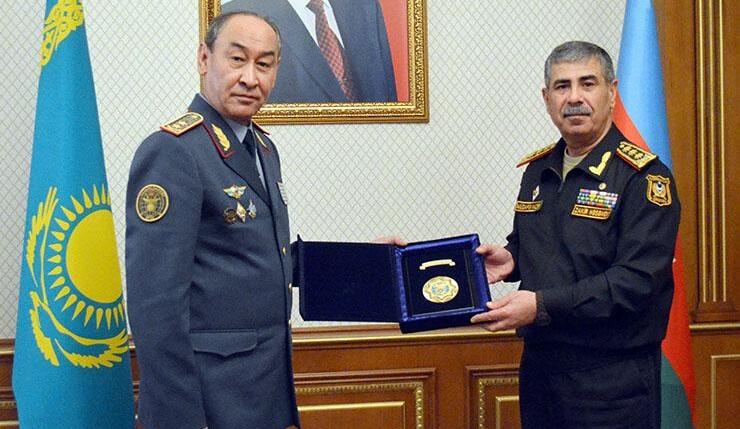 Axar.az reports that welcoming the guests, the Defense Minister said that relations between the two countries are based on a solid historical basis and friendly fraternal relations.

Colonel-General Z. Hasanov briefed the delegation on the work done in the territories liberated after the Victory in the Patriotic War under the leadership of President of the Republic of Azerbaijan, Commander-in-Chief of the Armed Forces Ilham Aliyev.

The Defense Minister also spoke about the reforms carried out in the Azerbaijani Army, taking into account the combat experience gained in the Great Patriotic War and the model of the Turkish Armed Forces.