Ilham Aliyev met with the prime minister of Serbia 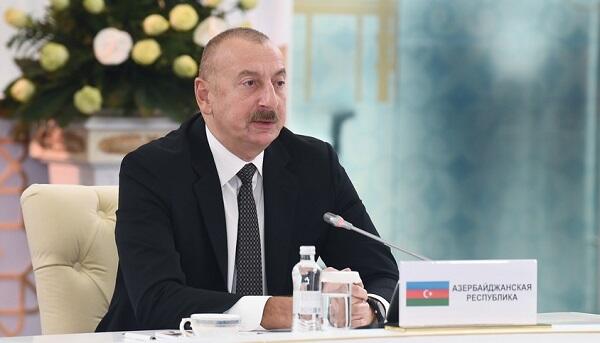 Issues related to the Non-Aligned Movement (NAM) were discussed in detail at the meeting of President Ilham Aliyev with the Prime Minister of Serbia Ana Brnabic.

In addition, the special importance and potential of cooperation in the field of energy was emphasized at the meeting. Thus, the Serbian side is very interested in the delivery and purchase of Azerbaijani gas to Serbia. In this regard, the relevant institutions have been instructed to work on this issue. Serbia is also interested in buying fertilizers used in agriculture from Azerbaijan, there are opportunities for cooperation in this field as well. There is also great potential for cooperation in the field of energy. There are ideas about laying an electric power line through the bottom of the Black Sea, which could eventually be delivered to Serbia. Currently, Azerbaijan exports electricity to the Balkan region through Turkey, the prospects for this issue are wide. At the meeting, a broad exchange of views was also held on military-technical cooperation, and the use of the potential of the intergovernmental commission in this field was considered.

The Prime Minister of Serbia called Azerbaijan a close friend and reliable partner for Serbia, and expressed satisfaction with the active cooperation within international organizations. It was noted that cooperation between the two countries in the spirit of strategic partnership also includes deep respect for each other's territorial integrity and sovereignty.