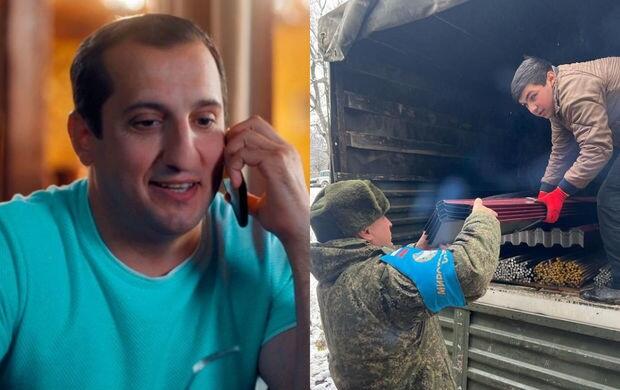 Ararat Keschyan, an actor of Armenian descent who is a citizen of Russia, who starred in comedy films broadcast on the TNT channel, distinguished by his pro-Armenian position, provided "financial assistance" to the illegal activities carried out on the sovereign territory of Azerbaijan.

Axar.az reports with reference to Oxu.az that he acted as the coordinator and initiator of the reconstruction of the kindergarten in the territory of Balligaya village of the Agdam district of Azerbaijan.

For this purpose, the "volunteers" of the "We are one" project transported construction materials to the village of Balligaya under the supervision and assistance of the Russian peacekeeping contingent temporarily stationed in the territory of Azerbaijan.

At this time, the Russian peacekeepers, who had to stop illegal activities, again demonstrated their love for Armenians. Of course, instead of being an obstacle to illegal activity, the peacekeepers once again showed their support. Thus, peacekeepers played the role of laborers in transporting the "aid" sent by Ararat Keschyan.

The "peacekeeping workers" did their work with such enthusiasm that even when the separatists carried construction materials with gloves, they did not even need them.