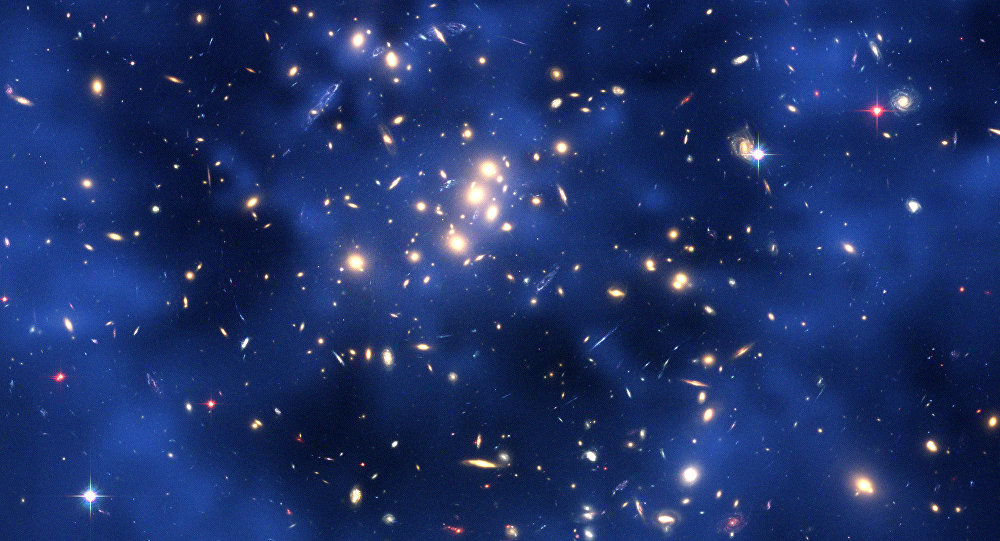 NASA claims 85 percent of the matter contained within the known universe is dark matter, but we know virtually nothing about dark matter besides that claim. But a $55-million dark matter detector a mile underground is nearly ready to begin operations, and will hopefully tell us more about the shadowy substance.

Axar.az reports that Dark matter's name is more descriptive than one might imagine. It is defined as matter that does not interact with radiation, and so does not emit anything that humans can observe using current and available sensor technologies. We are only aware of its existence because the mass of large astronomical objects (like galaxies) is found to be far higher than estimates based on the combined mass of the conventional matter they are observed to contain. Even then, some fringe astronomical theories deny its existence.

There are two leading theories as to where dark matter comes from: the first is the existence of Weakly Interacting Massive Particles (WIMPs), which are strong particles that can only interact with normal matter via gravity and weak nuclear force, but not electromagnetism (so they do not give off light) or strong nuclear force.

In the continued pursuits to understand dark matter, researchers think they may be one step closer to figuring out how it functions in the universe - interacting with something other than gravity.

The second is the existence of axions, another theoretical particle that has a weak force and only interacts with gravity and electromagnetism. That is an oversimplification of some very complex physics, but suffice it to say that WIMPs are heavy and axions are light, but both have only been theorized.

Enter the Large Underground Xenon (LUX)-Zeplin Experiment, built in an abandoned gold mine by the Sanford Underground Research Facility in South Dakota. The machine itself is fairly simple, a sensor attached to 10 tons of liquid xenon. WIMPs should theoretically interact with xenon because it is a scintillator, a material that, when struck with a particle, absorbs its energy and re-emits that energy as light.

If WIMPs are real, then billions of them pass through the Earth every second. At least some of them will collide with xenon if enough of the element is put in one place, and the team has set up a sensor to tell them if it happens.

"The detector is set up like an enormous bell capable of ringing in response to the lightest tap from a dark matter particle," the university explained in a statement. "If a piece of dark matter runs into a xenon atom, the xenon will collide with its neighbors, producing a burst of ultraviolet light and releasing electrons. Moments later, the free electrons will excite the xenon gas at the top of the chamber and release a second, brighter burst of light."

Construction of the predecessor experiment, the LUX in 2009, collected data until 2016, and found no evidence of WIMPs. The new LUX-Zeplin is entering its final stage of construction. Upon its completion in 2020, it will be 70 times more powerful than LUX, making it the most powerful WIMP-detector ever constructed.

Only time will tell if it can detect the presence of WIMPs, however.