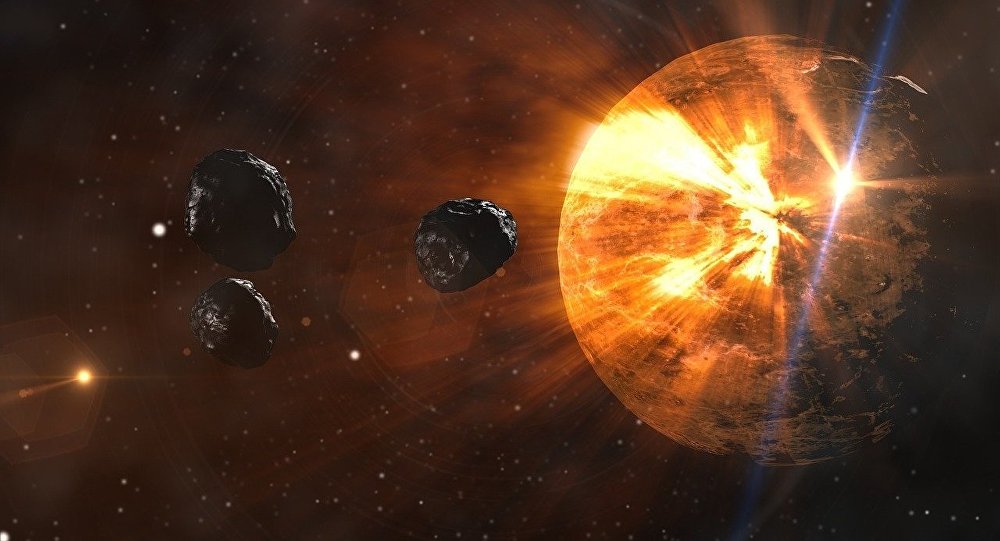 The space agency’s planned mission to intercept and deflect an asteroid as part of a planetary defense system depends on a Congressional decision on NASA’s budget set for the end of April, says an agency official.

DART has already finished Phase A of its development, but has stalled until the next phase of NASA funding is approved. "We're waiting for a new budget and the guidance to go forward," said Green.

At present, NASA is keeping the lights on via a Continuing Resolution that has kept the agency at 2016 funding levels until April 28. On that date, Congress will either pass a new appropriations bill or extend the resolution.

Phase B of the DART project "will not happen until the uncertainty in the NASA budget in '17 and '18 is resolved," said Cheryl Reed, DART project manager at Johns Hopkins University Applied Physics Laboratory.

DART's mission is to launch in 2021 to 65803 Didymos, a binary asteroid composed of a main body nearly half a mile in diameter and a moon (nicknamed "Didymoon") less than 500 feet across. Didymos came 4.46 million miles away from Earth at its closest approach. DART will land on Didymoon in 2022 to observe how the introduction of its weight alters the binary asteroid's movements.

The purpose of this experiment is to test the viability of "kinetic impactors," high-speed objects launched by space agencies to collide with killer asteroids and redirect them away from Earth.

NASA estimates that there is a 0.01 percent chance of a hazardous asteroid hitting Earth this century, but if such an asteroid was found it would likely be too late to act with current technology. As NASA senior scientist Joseph Nuth put it in 2016, if a large meteor were to collide with Earth, "there's not a hell of a lot we can do about it."

DART was one of many projects in an international effort to prepare humanity for a killer asteroid like the Chicxulub impactor that caused the extinction of the dinosaurs 66 million years ago. The effort, known as the Asteroid Impact and Deflection Assessment (AIDA), was recently pulled out of by the ESA when they voted not to fund their own Didymos mission.

The ESA project was called the Asteroid Impact Mission (AIM), and it was meant to arrive ahead of DART to study the asteroids before DART made impact. Without AIM's data, Green has called the DART project less useful.

"It's hard to do DART without AIM," he said. "If we're going to move ahead with DART, we're also going to have to figure what the best approach is."

Without AIM, NASA will have to rely on ground-based observations of Didymos, which Green says is "okay," but inferior to the data that AIM could gather.

However, he still thinks the project is worthwhile. "In terms of a planetary defense activity, it's a great idea. Sometime we're going to have to do [DART]," said Green. "We're as far along as we can be before the budget decisions come in."