Robots will cause to unemployment 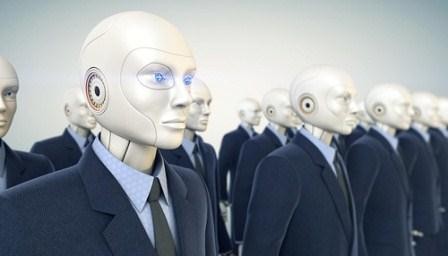 The pace at which robots and intelligent machines are able to take over the jobs traditionally performed by humans will result in more than half the population being unemployed within 30 years, an expert in computing has predicted.

While some may look forward to a life of leisure, many others face the dismal prospect of long-term unemployment as a result of the rise of smart machines, from self-driving cars and intelligent drones to smart financial-trading machines, said Moshe Vardi, professor of computational engineering at Rice University in Houston, Texas.

Speaking at the American Association for the Advancement of Science (AAAS) annual meeting in Washington, Professor Vardi predicted that developments in robotics and artificial intelligence will create a workplace revolution unlike any other seen since the start of the industrial age more than two centuries ago.

“We are approaching a time when machines will be able to outperform humans at almost any task. I believe that society needs to confront this question before it is upon us,” Professor Vardi said.

“I do believe that, by 2045, machines will be able to do a very significant fraction of the work a man can do. The following question, therefore, seems to be of paramount importance: if machines are capable of doing almost any work humans can do, what will humans do?

“You hear about the Google Car. There are millions of people who make a living from driving, like bus drivers and taxi drivers.

“What kind of jobs are going to replace them?”

The same question has been asked by successive generations since the Luddites of the early 19th century. The self-employed weavers protested against the introduction of labor-saving textile devices such as stocking frames, spinning frames and power looms – rightly seen by them as a threat to their traditional livelihood.

Economists have argued, however, that while it is true that advances in automation and technology have replaced many jobs over the decades, they have also created new careers that could not have existed before. This is why “Luddite” is now used almost as a term of abuse for those who want to stop advances in automation widely judged as the march of progress.

Professor Vardi, however, said that the “Luddite fallacy” confuses a trend for an economic law: “It’s like saying we can never overfish the oceans because there are always more fish in the sea.”

What makes things different now is the ability to program computers and microprocessors with a level of intelligence that puts them on a par with people in many highly skilled areas once considered unassailable by robotics and machines, Professor Vardi suggested.