Associations can be implanted in the human brain 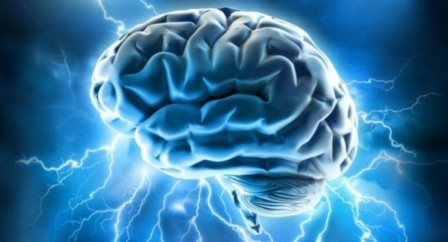 A recent study indicates associations can be implanted in the human brain, making a person “see” colors when looking at a black and white image, with no awareness of the process, Sputnik reports.

The proposed technology, developed by Takeo Watanabe of Brown University and partners at the Advanced Telecommunications Research Institute in Japan, involves using a procedure called functional magnetic resonance imaging, or FMRI. A patient using the machine is shown patterns of black and white stripes and then asked to regulate brain activity — basically, to think about something.

During experiments, a "desired" brain activity pattern sought the subject to see the color red. Rewarding the patient triggered a neurofeedback process, in which new neuron connections are made.

As a result of the experiments, some patients developed a strong association with the color red when looking at a particular pattern. Subjects thought about something that involved red as Watanabe's team showed them the specific stripe pattern. At some point, subjects reported that the pattern appeared red-tinted, while, in reality, it was green.

Speaking about his discovery, Watanabe observed that he found this result "spooky," comparing it to subliminal messaging "in the simplest form." The scientist believes this method could be used to help autistic and depressive people cope by reestablishing neuron connections. In the case of depression, people would get high scores when brain activity was less depressed. For autism, the therapy could theoretically help people deactivate areas associated with autism symptoms.

Watanabe admits that the therapy, while interesting in theory, is not currently functional.

Dr. Charles Gilbert, a vision researcher at the Rockefeller University, agreed that "to extend it as a technique for autism therapy is quite a stretch."

Additional research and a more elaborate association control method would be required to test the methodology in the real world.

According to Steve Ramirez, a researcher at Harvard University, "It gets a little tricky, because with depression for example there's a tendency to recall negative memories, and it actually might even worsen symptoms if you try to recall positive memories."

What this indicates, according to study, is that a depressed person cannot be cured by being encouraged to "think happy." They must, it is currently thought, be "tricked" out of negative emotional states. The matter is still considered to be that of the realm of psychology, not necessarily the nuts-and-bolts process of neurofeedback. Unless Watanabe and his colleagues seek to make us think that "war is peace," the process seems promising.